KANSAS CITY, Mo. — The margin for error was already slim in the second quarter of last season’s divisional round playoff game against the Houston Texans, so it’s no coincidence quarterback Patrick Mahomes went looking for tight end Travis Kelce to rally the Kansas City Chiefs.

Using their backyard brand of football, Mahomes threw three touchdown passes to Kelce in the quarter as the Chiefs overcame a 24-point deficit to lead by halftime and eventually win the game. It’s just one example of what makes Mahomes and Kelce — teammates on the field and friends off it — the best pass-catch combination of their time.

Against the Texans in January, the chemistry was obvious. On third-and-goal from the Houston 6 with the Chiefs down 10, Kelce took his route as planned toward the right sideline. But he saw an open pocket in the Texans’ coverage back toward the middle of the field. That’s where Kelce headed and it was exactly where Mahomes wanted him.

The improvised route resulted in a touchdown and left the Chiefs one score away from overtaking the Texans. They did so minutes later on another Mahomes-to-Kelce pass.

“His understanding of coverages and how he runs routes is special,” Mahomes said of Kelce. “I think that’s the best thing about his game. Obviously, he’s physically gifted and he’s a mismatch for guys on the field — linebackers, corners, whoever it is.

“But the way that he’s able to run routes versus coverages and adjust his routes to be right in the right spot at the right time is special. It’s something that helps me out a ton. … It’s stuff that not everybody understands. I think it’s just him thinking like a quarterback and understanding the whole concept of the play by getting other people open and getting himself open when he needs to get open.”

Over the past three seasons, Mahomes and Kelce have connected on 25 touchdown passes. That’s by far the most for a quarterback and tight end during that span and puts them in the company of other greats of the past decade. Tom Brady and Rob Gronkowski had 25 with the Patriots from 2015 through 2017, and Drew Brees and Jimmy Graham had 26 for the Saints from 2013 through 2015.

Mahomes and Kelce have plenty of time to pass them this season, beginning Sunday night against the Las Vegas Raiders (8:20 p.m. ET, NBC). Frustrated opponents seem to have no doubt that they will.

“They definitely have karma between them,” said Denver coach Vic Fangio, who watched Kelce catch 11 Mahomes passes for 142 yards in the snow against the Broncos last season. “They can ad-lib the routes, and both of them are on the same page when they’re doing that.

“He’s a really tough guy to cover. He’s got size. He’s got great route-running instincts, when to pivot and when not to pivot, when to stay with the exact route. Obviously Mahomes is very comfortable throwing it to him because he’s a big guy, and a lot of times he’s on a [defensive back] so he outsizes him, but yet he runs really good routes.”

Fangio calls it karma. Others might refer to it as chemistry. It could be enhanced by the fact the two are friends off the field. They’ve attended sporting events such as the Final Four together. Following their Super Bowl LIV victory parade the pair showed up together at a Post Malone concert. They participated together over the summer in the American Century Celebrity Golf Tournament at Lake Tahoe. It was Kelce who presented Mahomes with his Madden NFL 2020 “99 chain” signifying his perfect rating in the video game.

Unusual is the play where Mahomes and Kelce don’t see the same thing. One example of their synchronization is the playoff touchdown against the Texans.

Another is the first quarter of the Week 6 game this season against the Buffalo Bills. With the Chiefs at the Bills’ 11, Kelce found an open spot in the defense after leading a defender one way and then cutting back the other. Mahomes held the ball until Kelce could get there.

Trav gets us the lead 🏹

The play got the attention of ESPN analyst Dan Orlovsky as he watched the game.

“I don’t know this, and this is something of an assumption from me, but I would imagine both of those kids had very unrestrictive parents, meaning their parents just let them go play in the yard,” Orlovsky said. “They didn’t need private coaching on how to run a 40 or private coaching on how to throw. They kind of acquired their skill sets from playing tag in the yard or out in the street.

“This is something that’s directly tied to their experiences as youths. I totally believe in that. They both have outstanding spatial awareness. They both feel color more than they feel people. Blurs are very slow for them. Me? I see a blur and I’m stunned by it. Them? They see blurs and it moves much slower for them. They’re very not-structured. That touchdown is the perfect example of it. … They have the same kind of skills when it comes to that.”

Kelce is the first NFL tight end to have four straight 1,000-yard seasons and needs 231 yards over the Chiefs’ final seven games to get a fifth. At the rate he’s going, Kelce will get to 1,000 yards in three more games.

Kelce played quarterback in high school and some as a freshman in college at the University of Cincinnati. He said that experience helps him decipher coverages.

Kelce played hockey and basketball when he was younger and indicated some of the skills he picked up transfer to football. In particular, Kelce changes directions easily for a 260-pound player.

“Just putting my foot in the ground and being able to get a big body to change direction, I think that’s huge,” he said. “I don’t think a lot of tight ends incorporate that enough.

“I got a lot of that from playing hockey when I was younger, being able to play on the inside and outside of skates, as well as just being on the basketball court being able to put my foot into the ground and cross over. … Just being able to incorporate other sports into my game has definitely helped me out.”

The result is usually ugly for the Chiefs when Mahomes and Kelce have the unusual play where things go wrong between them. Mahomes’ only interception of the season came on a pass intended for Kelce in the Chiefs’ only loss, in Week 5 against the Raiders.

After the game, Mahomes without naming any specific receivers said the Chiefs needed to “just execute the offense the way that it’s called and the way it’s supposed to be [executed].”

I HAVE TO BE BETTER!! For my teammates and coaches…. this loss is on me… and the only way to fix it is to go to work ASAP!!

“I still get frustrated watching that film,” Kelce said recently. “Later in the game, I got a little frustrated trying to make more out of a play than what it was. I was running routes that weren’t called, and I screwed the team doing it. Stuff that you won’t see on film, that you won’t see on the stats but something that I took personally. It was just me being frustrated and trying to be there for my quarterback doing the right things, which I wasn’t doing. I’ve just got to play within the system and run the plays that are called.

“We have a lot of freedom in this offense to try to kind of go out there and make plays. It’s had its history of having success. Sometimes it works but at that point in the game there was no leeway. I couldn’t do that, and I screwed the team because of it.”

That type of thing doesn’t happen often between Mahomes and Kelce, particularly in the red zone. Mahomes has completed nine of 12 passes with six touchdowns when targeting Kelce in the red zone this season. It’s one reason Kelce, who has six touchdowns, could break his career high of 10, set in 2018.

“They have a great system that’s designed to get the ball to the tight end,” Carolina coach Matt Rhule said before the Panthers’ game against the Chiefs. “If you go all the way back to [coach] Andy [Reid’s] time in Philadelphia, the tight end has always been a huge part of that offense. 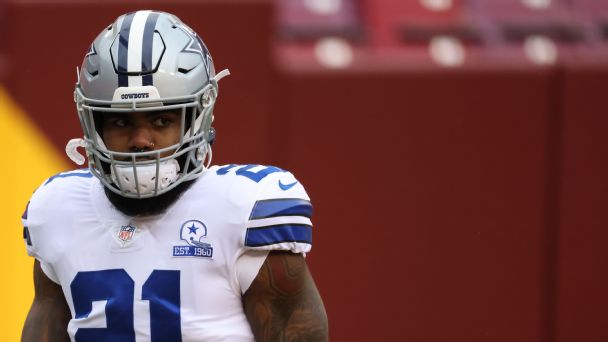 “The coaches have done a great job of incorporating multiple ways to get the ball to the tight end. [Kelce and Mahomes] just do it really well.”

Reid had some good pass-catchers at tight end during his 14 seasons with the Eagles, but Kelce was his first 1,000-yard receiver at the position. And Kelce’s numbers are better since Mahomes became the starting quarterback in 2018. His two best seasons in terms of catches and yards are the two full seasons with Mahomes and this season could wind up as the best of them all.

“Obviously, I’m a big fan of Pat’s,” Kelce said. “I think he’s the best player in the National Football League. You can’t tell me there’s a better quarterback than him, that’s for sure.

“When Pat got into the huddle, it was just a little bit different. I think he brought a different energy, different style to the game that even I was a little more accustomed to, just going out and playing ball in the backyard type of football. As he progresses, as he starts to learn more about defenses and gets into the defensive coordinators’ minds, his game is just going to keep going up and up until probably something that we’ve never seen before — if what he’s doing already isn’t something that we’ve never seen before. It’s a fun time to be a Kansas City Chief, and it’s because 15 is in the building, for sure.” The underreported stories of 2020

Chris Brown’s Son Aeko Stands On His Own At Just 8...