Morris knew their 2020 first-round pick had the measurables, standing 6-foot-1 and weighing 190 pounds with length. Terrell’s speed and athleticism speak for themselves with his 4.42-second time in the 40 and 34.5-inch vertical.

But what really caught Morris’ attention was the intelligence his new young cornerback displayed during the virtual offseason, when COVID-19 prevented in-person interaction between rookies such as Terrell and the coaching staff.

“Going through a couple of weeks with us and listening to him talk to either [secondary coach] Joe Whitt or [defensive assistant] Chad Walker, he was able to teach back the defense, whichever one was asked of him,” Morris said. “I think A.J.’s attention to detail, his ability to listen and retain information and being able to spit it back out to coaches is what impresses us probably the most already. We all had tests. We all had different online things. We all had different ventures and different avenues of ways to test a guy, and his attention to detail was excellent.

“I think by us setting his goals and his roles going into the 2020 season of playing hard, of being able to be an outside vertical controller and being able to really lock in on his fundamentals and techniques when he’s coached, I think those things will give him the confidence to be a really good player in this league.”

Morris and the Falcons are counting on Terrell being an integral part of a defense that struggled at times last season. The Falcons allowed 9.5 yards per attempt on passes to wide receivers last season, second worst in the NFL behind the Raiders (9.6). The Falcons hope the addition of Terrell — along with beefing up the defensive line with Dante Fowler Jr. and Marlon Davidson — will help those numbers.

The Falcons cut ties with oft-injured cornerback Desmond Trufant, leaving 2018 second-round pick Isaiah Oliver and 2019 fourth-round draft pick Kendall Sheffield as the primary cornerbacks. Oliver and Sheffield, with 46 combined games and 1,767 combined defensive snaps, are still relatively inexperienced, although they’ll both be counted upon to make major strides this season.

Then, in steps Terrell, a guy who played a major role for a winning program at Clemson yet slipped up in last year’s national championship game against No. 1 overall draft pick Joe Burrow and LSU’s array of talented targets.

“Yeah, that was the game that he got criticized for the most and the one that we ended up talking about a lot,” Morris said of Terrell. “It was good because we had a good chance to go watch it with him, a good chance to go talk to him, evaluate and figure out what went wrong, why some techniques changed, what were the reasons. But it was a great learning lesson for him. He played at a high level in the championship game the year before with a pick-six. And this year, he didn’t play as well as he wanted to. He’s got both walks of life, and it’s helped him out a lot.

“His resiliency — in the game he did not play well, he kept fighting. And that’s a staple in our league. You watch every week. You see corners go out and sometimes you’re just outmatched and outplayed and outgunned, but that won’t define you.”

Jeremy Fowler polled a panel of more than 50 coaches, execs, scouts and players to come up with top 10 rankings for 2020:

As the Falcons prepare for what is sure to be an unusual season thanks to the COVID-19 pandemic, Terrell’s development will be storyline to watch. You don’t draft a cornerback in the first round without the expectation that he’ll make an immediate contribution as a starter. The Falcons have touted Sheffield, with his speed and change of direction, as the corner they might rely on the most. And with so much nickel defense played these days, it would make sense for Sheffield to cover a lot in the slot, as he did last season, which would leave Terrell and Oliver outside. The one unknown is what the Falcons will do in their base defense — will it be Sheffield and Terrell outside, Sheffield and Oliver outside or even Oliver and Terrell — although it would be hard to imagine Sheffield off the field, considering how much he has been touted.

ESPN draft analyst Mel Kiper Jr. was a little hard on the Falcons for selecting Terrell 16th overall, saying, “The Falcons reached for a need, plain and simple. … He was way too inconsistent throughout the season, and he didn’t play well down the stretch. He has a tendency to get grabby.” Fellow ESPN draft guru Todd McShay was much more positive in assessing what type of impact Terrell could have.

“He’s fluid in coverage, and he has the height and frame to help match up in that division,” McShay said, referring to wide receivers such as New Orleans’ Michael Thomas and Tampa Bay’s Mike Evans, among others. “Terrell had some mental breakdowns at times, and he can be more consistent in run support. But he is a ball hawk when he is in position with his head around in time. Like many rookies, A.J. might hit some bumps in the road as he’s fine-tuning his recognition skills and technique, but he absolutely has the tools to develop into a good starter.” 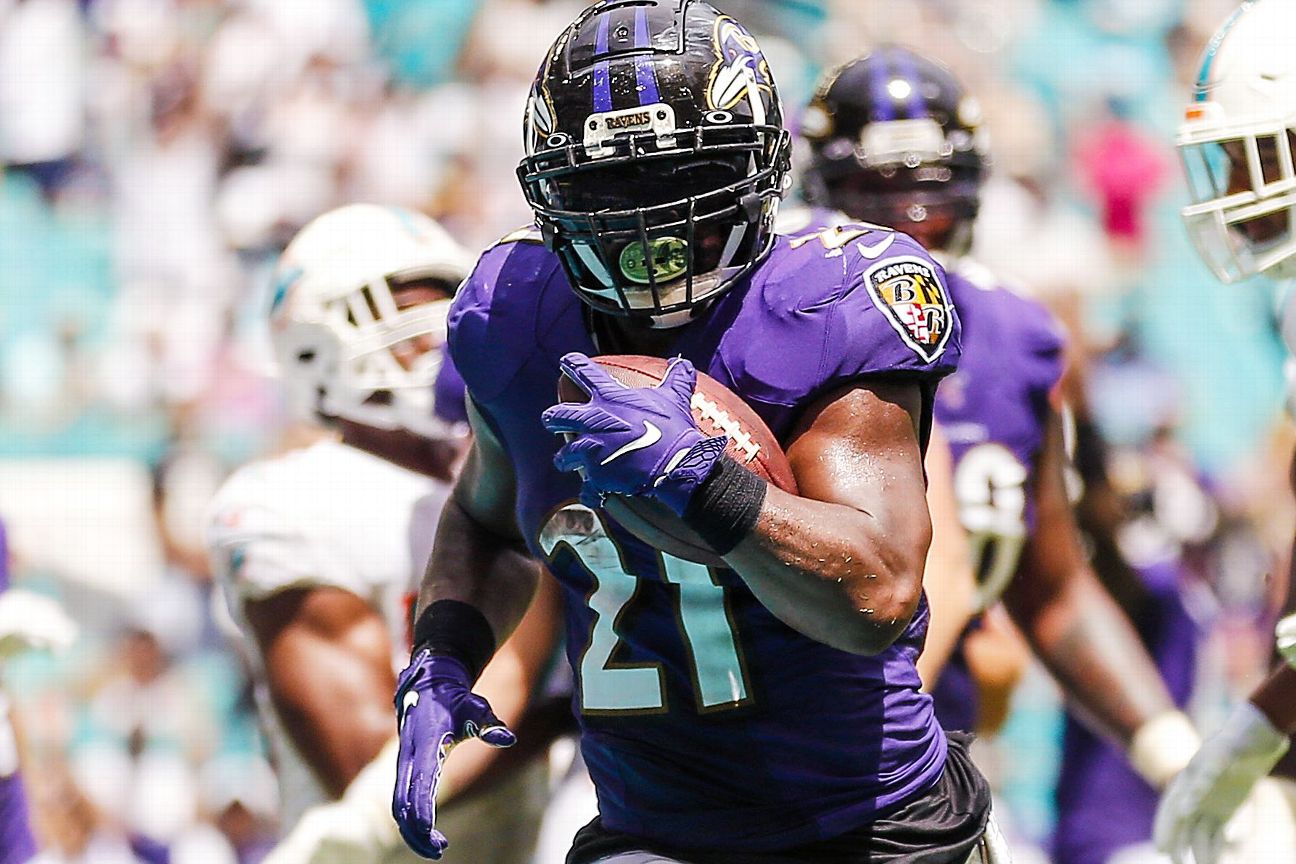 • Ravens’ crowded backfield is NFL’s most talented
• What to expect from Sanders, Saints’ WRs
• Why expectations are high for Broncos
• Jaguars OT hooks fish that’s bigger than him
• 2020 training camps: Previews for 32 teams

“If I’m defensive backs coach, I want him matched up against the best because that’s the fastest path to development in the National Football League — to practice and play against the best,” Bowen said. “Now in practice, he’s going to get a ton of reps against top-tier guys in Atlanta [Julio Jones and Calvin Ridley].

Morris fully understands how much of a challenge it will be due to the lack of on-field work, but he’s ready to get Terrell up to speed. Terrell already has gotten in some reps with a group of Falcons on a field in the Atlanta area, and one teammate said, “Looking good for sure, from what I saw.”

Morris is eager to see more.

“He wants to get on the field, where we’re able to touch [receivers], get our hands on them,” Morris said of Terrell. “To be able to go through those situations, I think, will only help him get better.

“Overall, I’m really confident with our evaluation from our scouting department; from our GM Thomas Dimitroff; from Rich McKay, our president; from [head coach] Dan Quinn; from our coaching staff — Joe Whitt, Chad Walker, Doug Mallory, Lance Schulters — to myself, that we did a really good job of going out and seeking [Terrell] out in the draft and having him come to us when he did and being able to have a chance to develop him as a man — and as a football player.” First Look: Will Breyon Choose Sundy Over The Side Chicks? |...