It’s been a jam-packed week for the Extremely Online. Between Beyonce’s new single, Drake’s surprise album, Emma Chamberlain breaking her six-month YouTube hiatus, The Summer I Turned Pretty, and the new season of Love Island UK, there’s a lot for the digitally minded to talk about. However, that hasn’t prevented TikTokkers from concocting a slew of new trends.

We have users discussing scams that have been normalized, dancing with a little freak named Horace, and soundtracking their videos with the iconic Love Island UK, “This week a hot new bombshell enters the villa” sound. TikTok has been busy!

Stitch-based trends were all the rage back in 2020 (remember @missbeifong’s inescapable “what is your favorite celebrity interview moment?“), and this week @debtcollective inspired stitches in a radical way.

The debtors’ union posted a TikTok where they asked, “What’s a scam that’s become so normalized that we don’t even realize it’s a scam anymore?” In the original video they describe why student loan debt is a scam. The clip has inspired TikTokkers to think critically about all the commonplace predatory systems in our lives. TikTokkers have posted hundreds of videos in response to @debtcollective’s question. 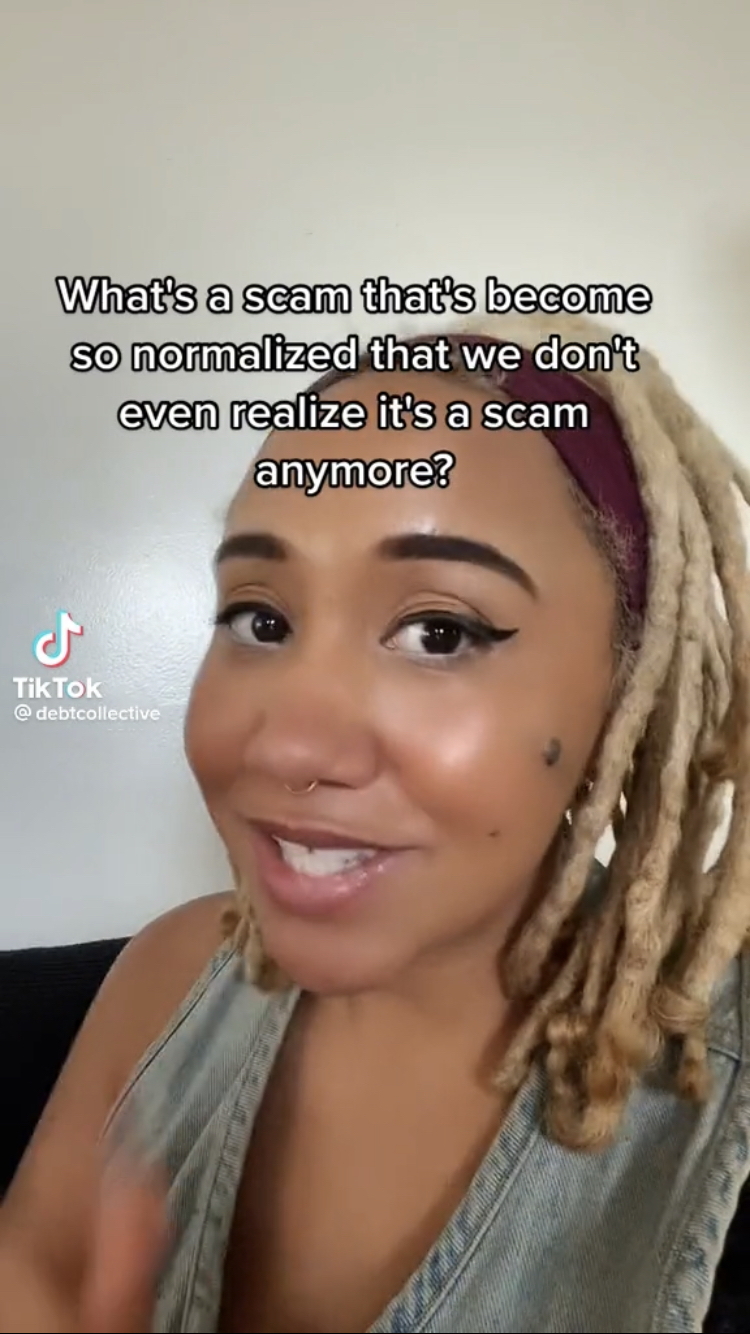 The TikTok that launched a thousand stitches.
Credit: TikTok / debtcollective

Creator @ohyesitslizzyb responded by describing how ridiculous it is that we pay money to live on earth. TikTokker @suffragechurch used Chattanooga, Tennessee, a city that built its own municipal fiber network and treats internet access as a public utility, as an example of why we shouldn’t have to pay high rates for internet access. Another interesting example of the trend comes from Lily Womble, an intersectional-feminst dating coach. Womble explains how dating apps are businesses designed to make money and get you hooked.

Freak of the week: Horace

Horace is TikTok’s collective boyfriend of the week. Who is Horace you ask? He’s a TikTok effect that was designed by @jqgray. You’ve probably seen the horrific cross between ET and Caillou dressed in tasteful orange and blue footie pajamas dancing. Horace and his dance have starred in nearly 40,000 videos.

A popular subgenre of Horace videos feature women pretending Horace is their silly boyfriend that keeps them dancing. Drake’s “Feel No Ways” often soundtracks these videos. An example of this ironic trend that pokes fun at cringey couple TikToks is @honeydealer_’s video that says, “Can’t believe I caught this on camera. We were literally in the middle of breakfast in our pajamas and Horace secretly set up a camera and asked me to dance to our wedding song. It’s moments like this when I remember why I married this man.” The fun doesn’t stop with the video; the comments sections are full of other women playing along. The comments of @honeydealer_’s video read, “Love that Horace keeps those eyes wide open so they never miss a moment,” “Can we get a story time on how you met?” and “Hey girly, I’m coming to you as a woman to let you know that Horace is cheating on you and is actually on here dancing with multiple women.” 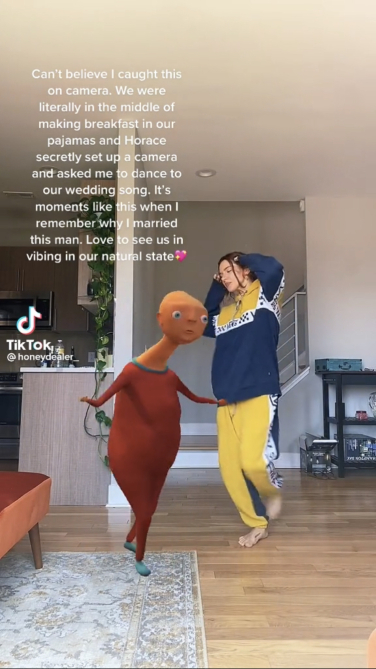 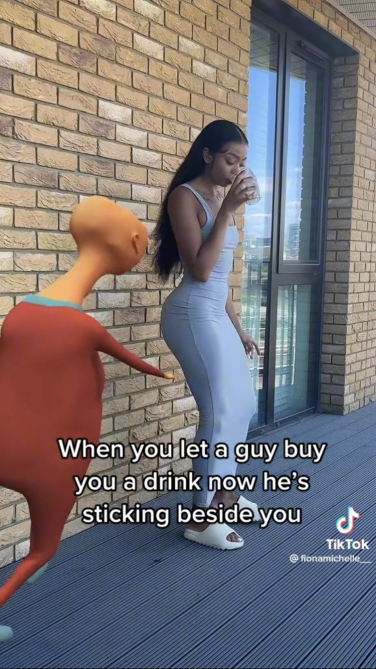 Other videos use Horace to act out hilarious uncomfortable situations, like @fionamitchelle__’s video that reads, “When you let a guy buy you a drink now he’s sticking beside you.”

Here’s to hoping you find a Horace of your own.

This week a hot new bombshell enters the villa

Nothing scratches American brains like the way contestants on Love Island UK talk, or so I’ve gathered from Love Island UK fans’ digital footprint. TikTokkers are using the quintessential Love Island UK soundbite, “this week a hot new bombshell enters the villa,” to add ironic humor to a variety of relatable and outlandish situations. The audio has been used in nearly 40,000 videos.

Some examples of the trend include @radicalthot666’s video that reads, “that monthly .99 apple charge on my debit card that I have no idea what it’s for but it’s only 99 cents so who cares” and @tiktokamirr’s video that says, “Me showing up to work ready to gossip with coworkers, watch TikToks, and take 3 hours on my 30min lunch break.” Princess Diana’s revenge dress in ‘The Crown’ Season 5: Let’s talk about it.

11.3% of Middle and High Schoolers Use Tobacco Products, CDC Says