60 years after the birth of Grand Seiko, 2020 ushers a new era for the Japanese fine watchmaker, heralded by the T0 Constant-force Tourbillon, an exciting concept creation with a world’s-first mechanism. Ever since the first Grand Seiko was introduced in 1960, the pursuit for high accuracy has been fundamental in every Grand Seiko timepiece and innovation

Just four short years after the creation of the first Grand Seiko, Daini Seikosha and Suwa Seikosha participated in the Neuchatel Observatory Competition, achieving better results than the best Swiss watch manufactures of the era. Though the company pivoted to quartz movements in a significant way, Seiko never lost sight of their dedication to accurate timekeeping (pioneering high precision quartz) while keeping a hand in mechanical calibres as Mr. Ikukiyo Komatsu, a master watchmaker from Shinshu studio can attest to, even as the company pursued fundamentally divergent paths in watchmaking.

The new T0 Constant-force Tourbillon is a masterwork, building on a legacy of high precision calibres like the 9S, and subsequently 9S5, 9S6 and the 9S8 families as base calibers for mechanical watches. By incorporating a fully integrated constant-force mechanism and tourbillon on the same axis for the first time in the world. 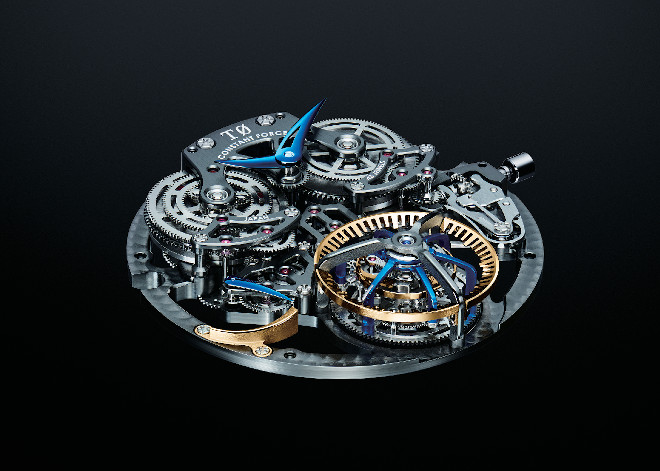 Mechanical watches are powered by the unwinding force of a mainspring, while little changed since the 17th century,  the antiquated mechanism is still used, albeit in more robust materials today because the concept solved many issues, but a constant (no pun intended) problem remained: the laws of physics dictated that mainspring contains more stored energy aka power (or ‘‘torque’’) as it is wound and loses power as it unwinds. Hence, as a mechanical watch continued to run, weaker torque would eventual compromise the time-keeping elements of its mechanical heart (the escapement) as less energy was transmitted to it.

The tourbillon is a complication we’re quite familiar with by now, eliminating the error in precision caused by gravity by incorporating the escapement parts and balance in a rotating carriage. Separately, these two mechanisms alone require exceptional design and manufacturing technologies, and the integration of the mechanisms as one unit in the new T0 Constant-force Tourbillon is a patented design that achieves a new level of accuracy for Grand Seiko’s mechanical watchmaking. 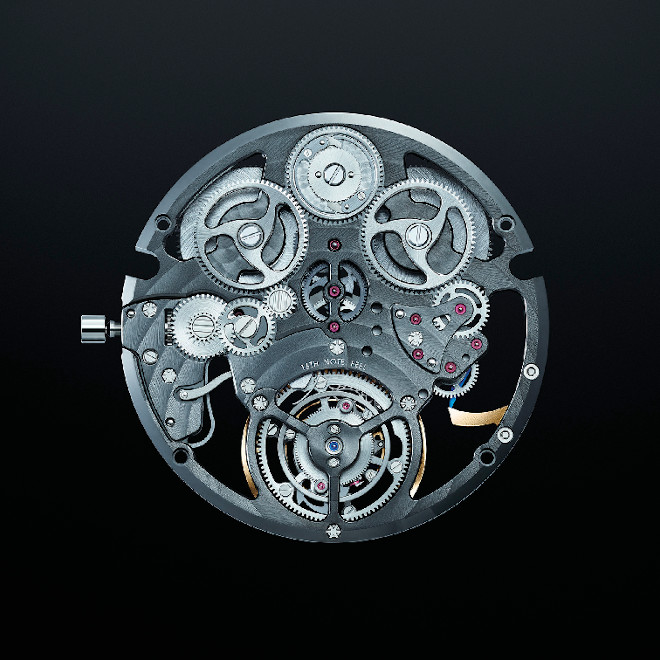 In 2012, Seiko movement designer Takuma Kawauchiya sought to create an ultra high-precision watch using the collective watchmaking know-how that Seiko had acquired over half a century. Recognising that in Swiss developments, the relative distance of the constant force to two key components of a movement – the mainspring and the balance wheel, would determine the efficacy of the constant force device for either the mainspring or balance. Naturally, these are untenable trade-offs when one is in pursuit of supreme precision.

Hence, what Kawauchiya sought to achieve was to place constant-force as close to the balance before he came about his most audacious idea yet: placing the constant-force on the same axis as his tourbillon balance. Unlike traditional constant force devices which are placed away from the escapement, Kawauchiya’s T0 stores torque from a gear coaxially arranged with the carriage in a constant-force spring, thus, there is literally no distance between the two devices and the energy of the unwinding spring is channelled directly to the tourbillon carriage and its balance.

Since the raison d’etre of the constant force mechanism is essentially ‘slow drip’ energy (at constant intervals) to the gear train and escapement, the stop wheel which governs this should optimally have high durability and low friction resistance as well. So what Kawauchiya did was use a hard wearing, low friction ceramic gear for the stop wheel. As a result, T0 Constant-force Tourbillon can operate without the usual wear or loss of efficiency of a regular stop wheel. More commonly used in semiconductor manufacturing, the components in MEMs are “grown” rather than made

To ensure micron-precise for all of his components, Kawauchiya opted for a process called Micro Electro Mechanical Systems (MEMS) over traditional CNC or milling techniques. More commonly used in semiconductor manufacturing, the components in MEMs are “grown” rather than made, hence, these metal plates “grow” the perfect gear shape to precision specs, on Grand Seiko’s T0 Constant-force Tourbillon over 90% of its gears are grown in this manner.

Just as the 9S mechanical calibre opened a new chapter for Grand Seiko and provided a developmental platform for something as revolutionary as the T0 Constant-force Tourbillon, the platform also served as a canvas for Grand Seiko’s latest high beat calibre, the 9SA5. Like the T0 it too deploys all the skills and experience gleaned over the last half a century. 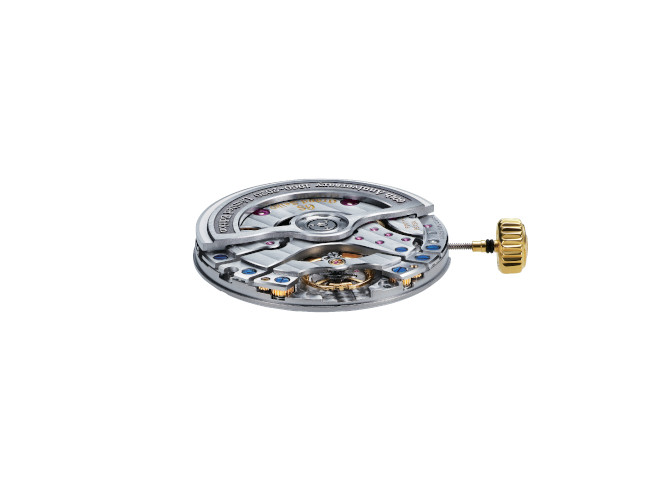 Utilising the certainty of speed and inertia (rather than constant force) for precision, the new 9SA5 packs 36,000 vph and 80 hours power reserve in a slim movement. Style and uncompromising performance with a precision rate of +5 to -3 seconds a day. While the calibre is certainly less complex than the T0 Constant-force Tourbillon, the Calibre 9SA5 is no less technical. 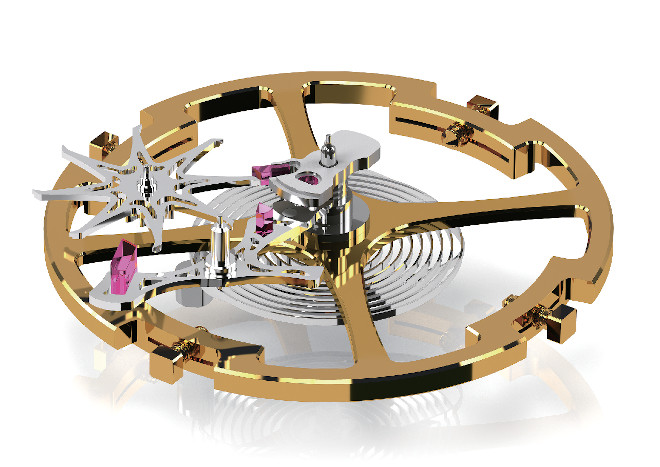 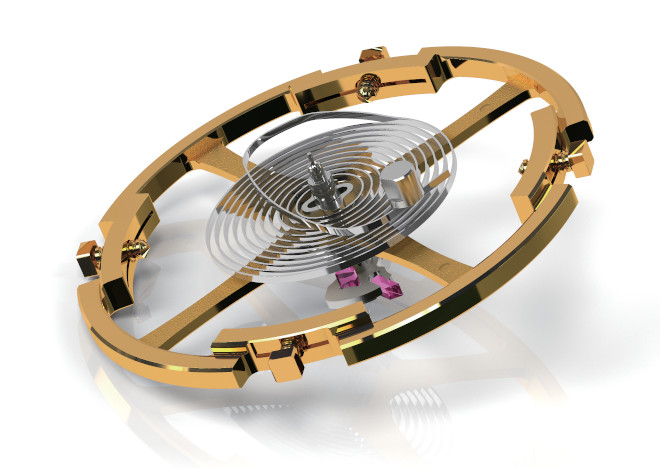 Like the T0 Constant Force Tourbillon concept, the Calibre 9SA5 celebrates a new era for Grand Seiko with a distinctively attractive retro-aesthetic in the Grand Seiko 60th Anniversary Limited Edition. The ultimate question now, is which Grand Seiko model will provide a case and aesthetic for the world first co-axially geared constant force tourbillon calibre? While Grand Seiko decides, you could enjoy some of its horological prowess in the 9SA5 in the meantime.

Take a Tour of California’s Most Expensive Home How ESPN fantasy football is handling Patriots-Chiefs and other NFL games... US Newspapers – Jfk files: the unexpected details revealed from the...

New travel quarantine plans come into effect in UK, with £1000...