Left tackle Andrew Whitworth chuckled when describing a photograph he dug up to use as his personal, on-screen video conferencing background.

“Is that Squints or what?!” an excited Whitworth asked reporters, as he gleefully shared an image featuring then-high school quarterback Jared Goff donning thick-brimmed black glasses, as Goff appeared a dead ringer of the character from the popular ’90s movie “The Sandlot.”

“C’mon, be real with me. That is fantastic right there.” 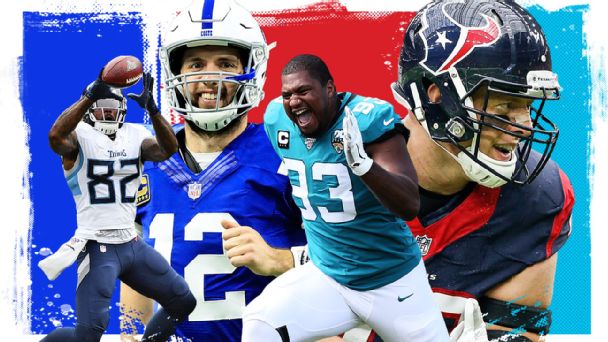 Aaron Donald didn’t need to find any embarrassing photos of teammates to spice up his screen. The star defensive tackle utilized one of himself, and it wasn’t embarrassing at all, as Donald appeared as a more muscular version of the Incredible Hulk, with his six-pack abs and bulging biceps.

The Los Angeles Rams did everything within their power to try to keep that from happening as their offseason program was forced from the field onto smartscreens because of the coronavirus pandemic.

“The challenge,” Rams coach Sean McVay said, “is just being cognizant of, all right, it’s a little bit harder to keep the attention because you’re not physically present with guys.”

For his part, McVay attempted to sprinkle some standup comedy in between football instruction and installs, though his players chuckled that his shtick fell a bit flat.

“He’s throwing jokes in a room by himself and no one is laughing,” receiver Robert Woods said, laughing. “But he’s trying.”

The Rams’ fourth-year coach kept meetings fresh by inviting guest speakers. Players and coaches talked about ESPN’s docuseries “The Last Dance” and, on a much more serious note, McVay dedicated an entire meeting to discuss the death of George Floyd and social injustice.

“It was a really moving kind of meeting where you get to sit back and listen and hear,” Goff said. “And again, I can’t stress it enough how powerful it was for not only our team, but just to be a part of that and for me to hear it and for me to be able to really want to make a difference and want to stand up and be a white quarterback in this league who is going to say something and going to take action.”

LA Clippers coach Doc Rivers, who has developed a friendship with McVay over the past few years, received the first invitation as a guest speaker. Two-time Super Bowl champion quarterback Peyton Manning also made an appearance.

“There was a lot of wisdom that he imparted on our players that was beneficial really for everybody,” McVay said of Rivers, who coached the Boston Celtics to an NBA title in 2008.

“Learned a lot from Doc about leadership and just trying to learn everything we need to play our role,” said defensive tackle A’Shawn Robinson, who joined the Rams in free agency this offseason.

Rivers provided an inside look at some of the team dynamics on his past and current squads and spoke about the importance of roles played by NBA stars such as Paul Pierce, Kevin Garnett, DeAndre Jordan and Kawhi Leonard.

“Just [bringing that] into our football aspect of it is, how can we really like dominate our role — whether it’s a blocker, if it’s not something we may want to do, but how can we really dominate this and push our team to be better,” Woods said.

A five-time NFL MVP, Manning took players inside the mind of a champion.

“What a great representation,” McVay said. “The way that he was wired, the experiences of when you look at his career trajectory … just the way that he would compete, the mindset, the ability to establish a process and a rhythm, how you bring teammates with you.”

The Rams also had lively discussions about Michael Jordan and “The Last Dance,” ESPN’s 10-part docuseries about the 1990’s Chicago Bulls.

“[We] talk about the mindset and the team camaraderie, what we need from each other,” Woods said. “And I think the biggest thing is just seeing that mindset, how to compete and making sure every single guy has that mindset.”

It came as little surprise that McVay said Donald, a two-time NFL Defensive Player of the Year, reminded him most of Jordan.

“Just ’cause of that ability to compete,” McVay said.

“I became a bigger fan of M.J.,” Donald said. “His mindset was just to win, to be great, to be the best, and for me, the way he was able to — somebody just say one thing and for him to just feed off that and just dominate, that’s amazing to be able to just turn the switch.”

Veteran players are scheduled to report to training camp at the team facility in Thousand Oaks on July 28. Quarterbacks, rookies and players rehabbing injuries can report a few days earlier.

In their final meeting, McVay emphasized to players that they’re navigating “uncharted territory.”

“Give yourself a chance to decompress,” he said. “But make sure that you establish your process, your rhythm. I feel like we’ve been able to gain an edge in the midst of all the things going on and we’ve got to maintain that edge so that we can hit the ground running when we come back.”

Although he tried to keep their on-screen meetings fresh and moving, even the typically energetic McVay had something to admit before departing for his own early summer vacation. Who should coach the Jets, Jags and Chargers? Try our NFL... Why Didn't They Call Back After The First Date?