A weird blue spiral of light, captured on photo in the night sky?

As much as we might want it to be, we know by now that it’s not aliens (it’s never aliens, OK?).

The photograph was taken at 7:25 p.m. local time using long exposure, after Burns received a text from a friend who’d spotted something in the sky. 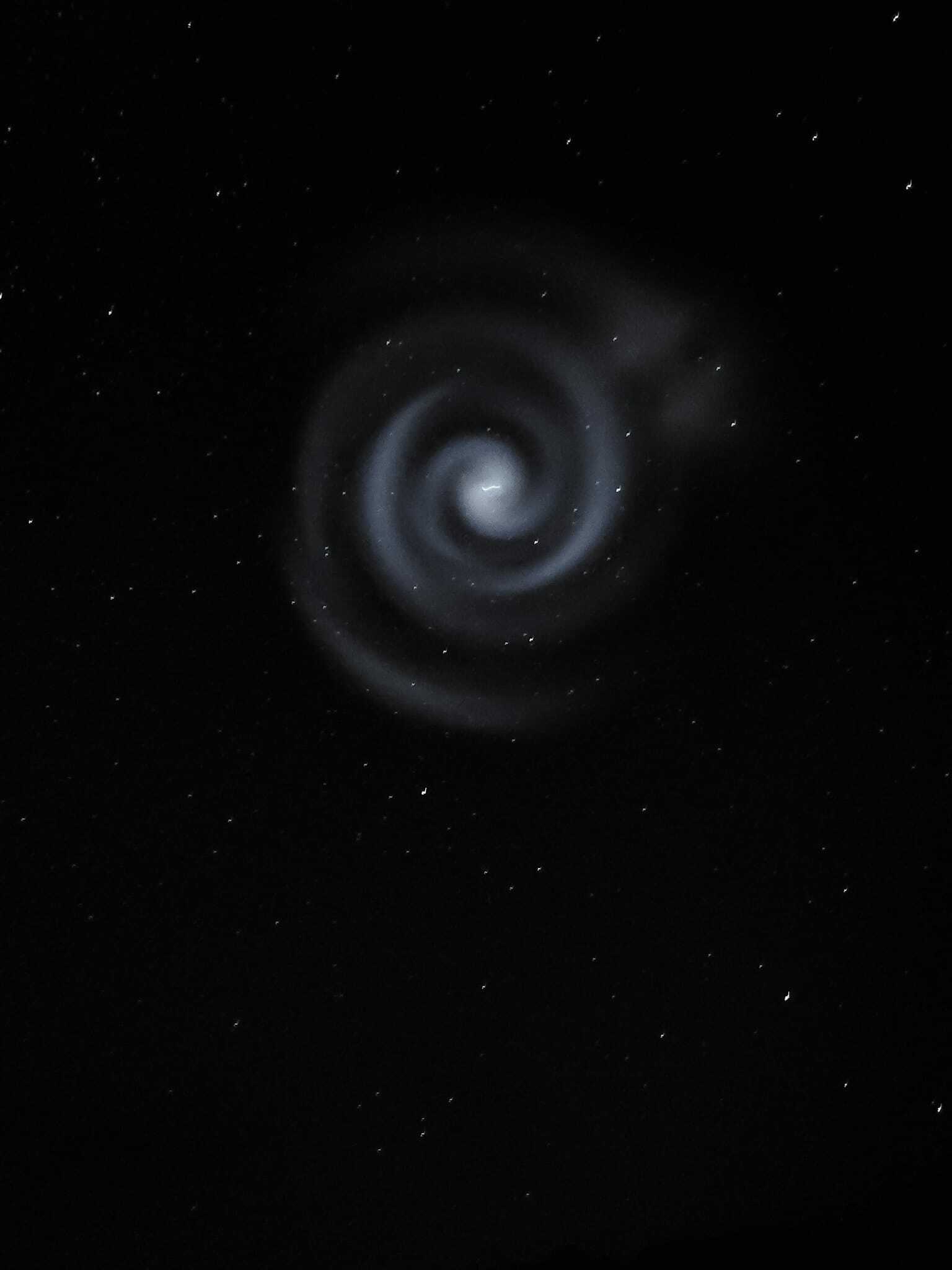 So, what caused the blue spiral?

Auckland University physicist Professor Richard Easther told the Guardian that it was likely a cloud formed by a rocket carrying a satellite into orbit — most probably SpaceX’s Globalstar FM15 launch on Sunday, which was the final mission of the spaceflight company accomplishing three launches in just 36 hours.

On Friday, SpaceX launched more of its Starlink internet satellites from NASA’s Kennedy Space Center in Florida. On Saturday, it was a German military satellite from California’s Vandenberg Space Force Base. And on Sunday, it was a communications satellite for American company Globalstar, launched by a Falcon 9 rocket into low-Earth orbit from Cape Canaveral.

“When the propellant is ejected out the back, you have what’s essentially water and carbon dioxide — that briefly forms a cloud in space that’s illuminated by the sun,” he explained to the news outlet.

“The geometry of the satellite;s orbit and also the way that we’re sitting relative to the sun — that combination of things was just right to produce these completely wacky looking clouds that were visible from the South Island.”

So a fairly run-of-the-mill explanation in the end, but still an undeniably cool picture. 7 Ways to Stop Energy Vampires From Draining Your Energy [Guide]

What King Charles III Means for Scotland’s Future in U.K.