For decades, Beijing has had its sights on Taiwan, the self-governing island that China claims as its own. It has built up the People’s Liberation Army with the goal of ultimately taking Taiwan, if efforts to unify peacefully fail. It has modernized its forces, developing the world’s largest navy, which now challenges American supremacy in the seas around Taiwan.

While China likely still lacks the ability to quickly invade and seize Taiwan, it could try to impose a blockade to force the island into concessions or as a precursor to wider military action. In this scenario, China would attempt to subdue Taiwan by choking it and its 23 million people in a ring of ships and aircraft, cutting it off physically, economically and even digitally.

China tried to use its military exercises this month to signal confidence in the People’s Liberation Army’s ability to encircle Taiwan. The military fired ballistic missiles into the waters off Taiwan, 80 miles off China’s coast, sending at least four high over the island itself, according to Japan, and conducted exercises in zones closer to the island than ever before. 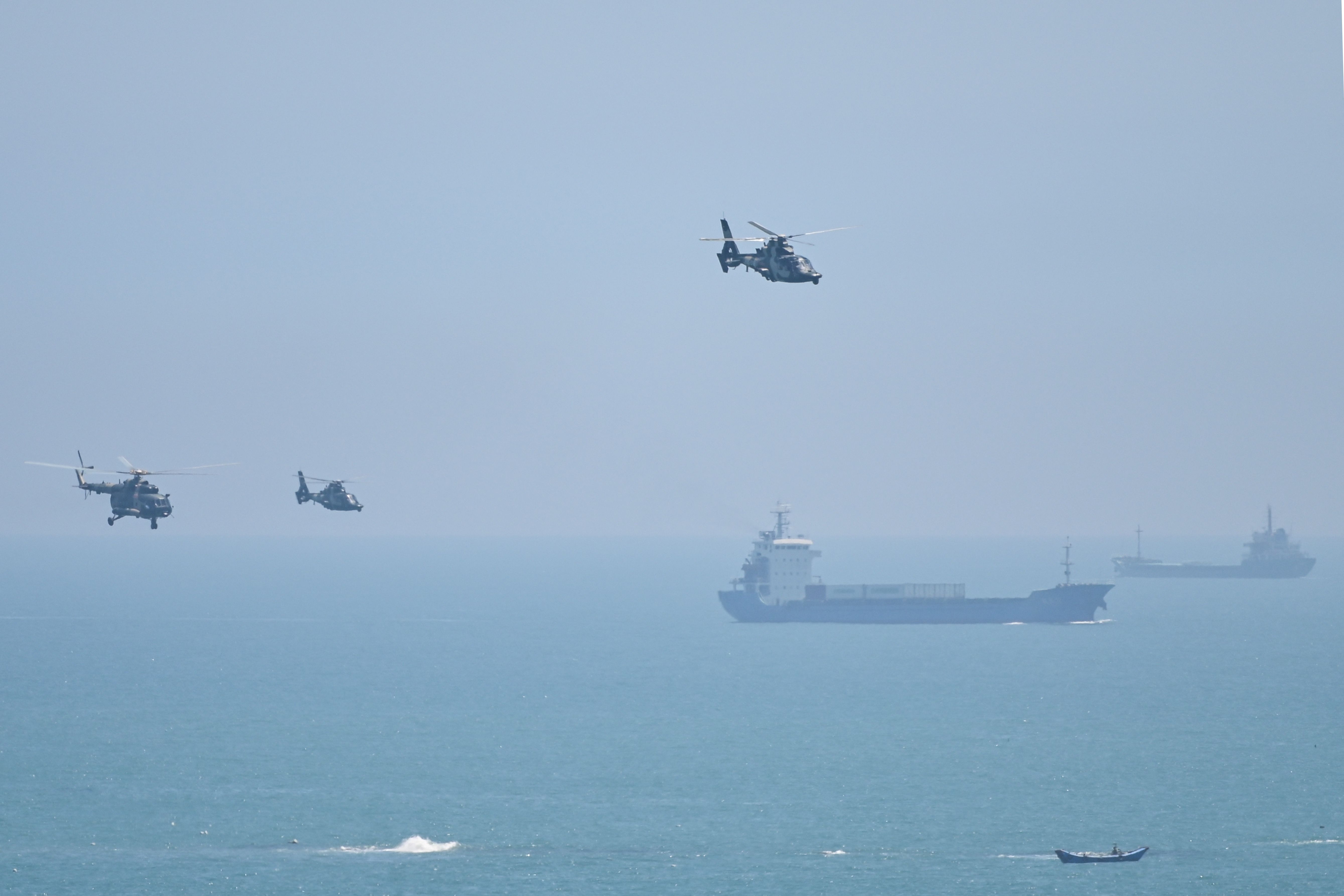 Chinese military helicopters off the shore of Fujian Province, just across the strait from Taiwan, on the first day of China’s military drills earlier this month.

In “The Science of Strategy,” a key textbook for People’s Liberation Army officers, Taiwan is not mentioned, but the target is clear. The textbook describes a “strategic blockade” as a way to “destroy the enemy’s external economic and military connections, degrade its operational capacity and war-fighting potential, and leave it isolated and unaided.”

During this month’s exercises, China avoided more provocative moves that could have triggered a more forceful response from Taiwan. But it still sought to convey real menace, putting Taiwan on notice about the risks of not meeting Beijing’s demands.

“I think they have shown their intentions, encircling Taiwan and countering foreign intervention,” said Ou Si-fu, a research fellow at the Institute for National Defense and Security Research, which is affiliated with Taiwan’s Defense Ministry. “Their assumption was ‘Taiwan can be isolated, and so next I can fight you.’”

After Speaker Nancy Pelosi defied Beijing’s warnings and visited Taiwan on Aug. 2, China retaliated by deploying warplanes, ships and missiles for 72 hours of drills. It declared six exercise areas around Taiwan, including off the island’s eastern coast, in an effort to project its power farther from the Chinese mainland.

The exercises were not a full-scale rehearsal. In a real blockade, the 11 missiles that China fired into seas around Taiwan would have served little military purpose because they were designed to strike land targets, not ships. China did not roll out its most advanced weaponry. It flew planes near Taiwan, not over it. Although three of the sea zones China had designated for exercises intruded on territorial waters claimed by Taiwan, in practice Chinese missiles and ships avoided those waters.

“This is political warfare,” said Drew Thompson, a senior fellow at the Lee Kuan Yew School of Public Policy in Singapore who formerly worked in the Pentagon. “The political aspect of what they do is sometimes more important than the actual training that they’re undertaking.”

An actual blockade would involve hundreds more ships and aircraft, as well as submarines, trying to seal off Taiwan’s ports and airports and repel possible intervention by warships and planes sent by the United States and its allies.

In a blockade, China would also need to control the skies. China has an array of naval and air bases on its east coast opposite Taiwan, and many more up and down its coast. The Chinese military could also try to shoot down enemy planes with surface-to-air missiles, or even strike at U.S. bases in Guam and Japan. 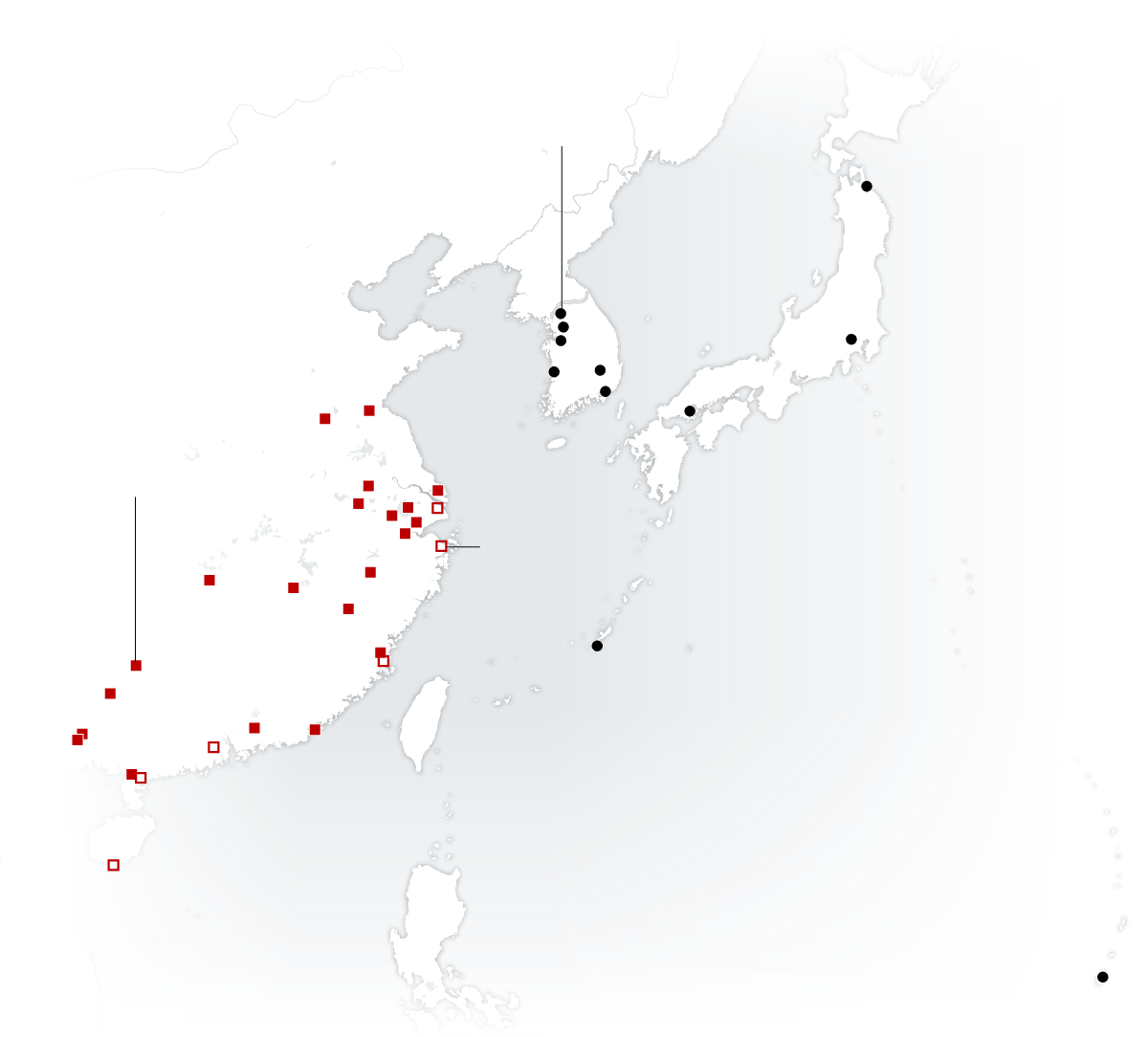 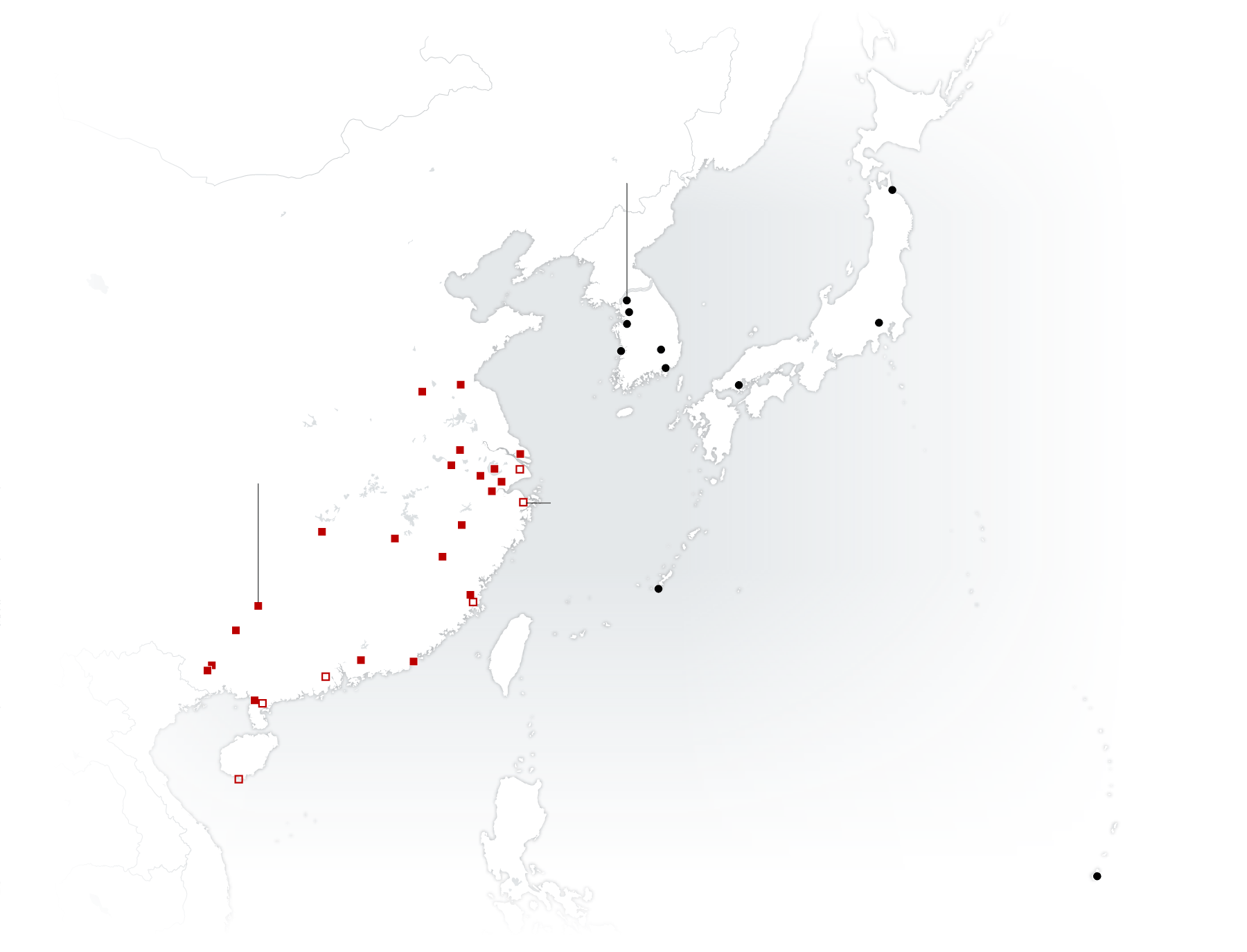 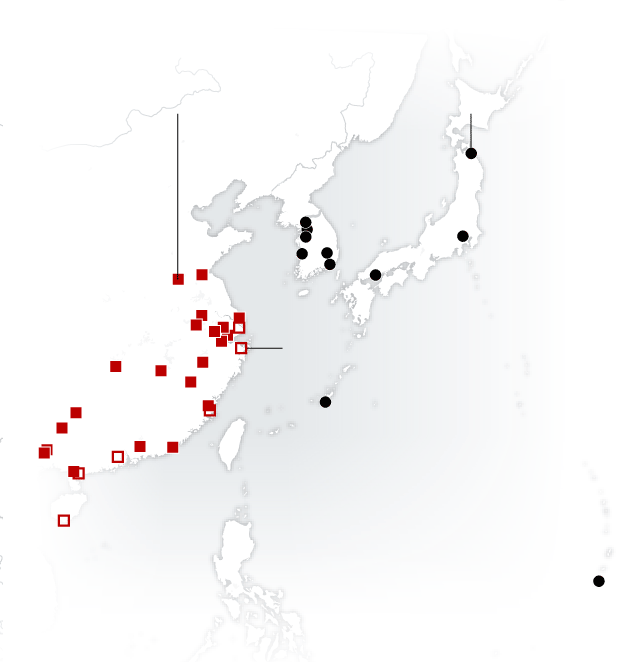 Source: US Department of Defense.

China’s military strategists see a blockade as a strategy that gives them flexibility to tighten or loosen a noose around Taiwan, depending on Beijing’s objectives.

China could impose a limited blockade by stopping and screening ships, without attacking Taiwan’s ports. Given Taiwan’s dependence on imports of fuel and food, even a temporary blockade could shock the island politically and economically, allowing China a forceful way to press its demands.

“This makes it possible to start and stop once Taiwan ‘learns its lesson,’” said Phillip C. Saunders of the National Defense University, who is a co-editor of a new collection of essays assessing Chinese military choices for Taiwan.

But the People’s Liberation Army trains for a blockade that “would be violent and would generate a lot of international costs,” Mr. Saunders said. In that scenario, China could use a blockade to support an attempt at a full invasion. That step could unleash a potentially protracted and devastating conflict, as well as a major international backlash against China that would bring it economic damage and political isolation.

The uncertainties of the outcome from any war at sea and in the air would be immense for all involved.

In a real conflict to seize Taiwan, China would also seek to control the information landscape. It could use propaganda, disinformation, cyberwarfare and other tools in the hope of drumming up support at home and sowing fear and discord in Taiwan and across the world.

During the recent exercises, the People’s Liberation Army put out a torrent of videos, pictures and reports that blurred the line between propaganda and misinformation. The campaign included footage of jet fighters taking off, missiles fired, warships on patrol and a hospital train ferrying troops, all intended to show a force ready for combat. But it also appeared to exaggerate Chinese capabilities by depicting its forces as bigger and closer to Taiwan than they were in reality.

Chinese military planners regard cyberwarfare as important in any conflict, and experts say that in a real conflict China would use cyberattacks to try to knock out Taiwan’s communications and even paralyze some of its weapons. “Whoever controls information and controls the internet will have the whole world,” the Chinese military’s main textbook on strategy says, citing the late American futurist, Alvin Toffler. 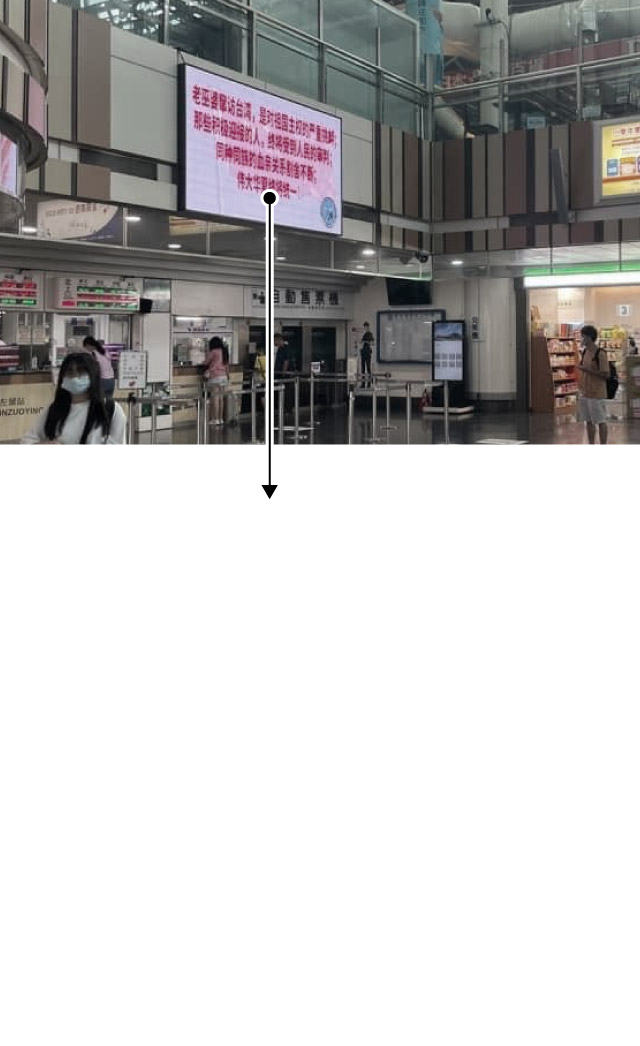 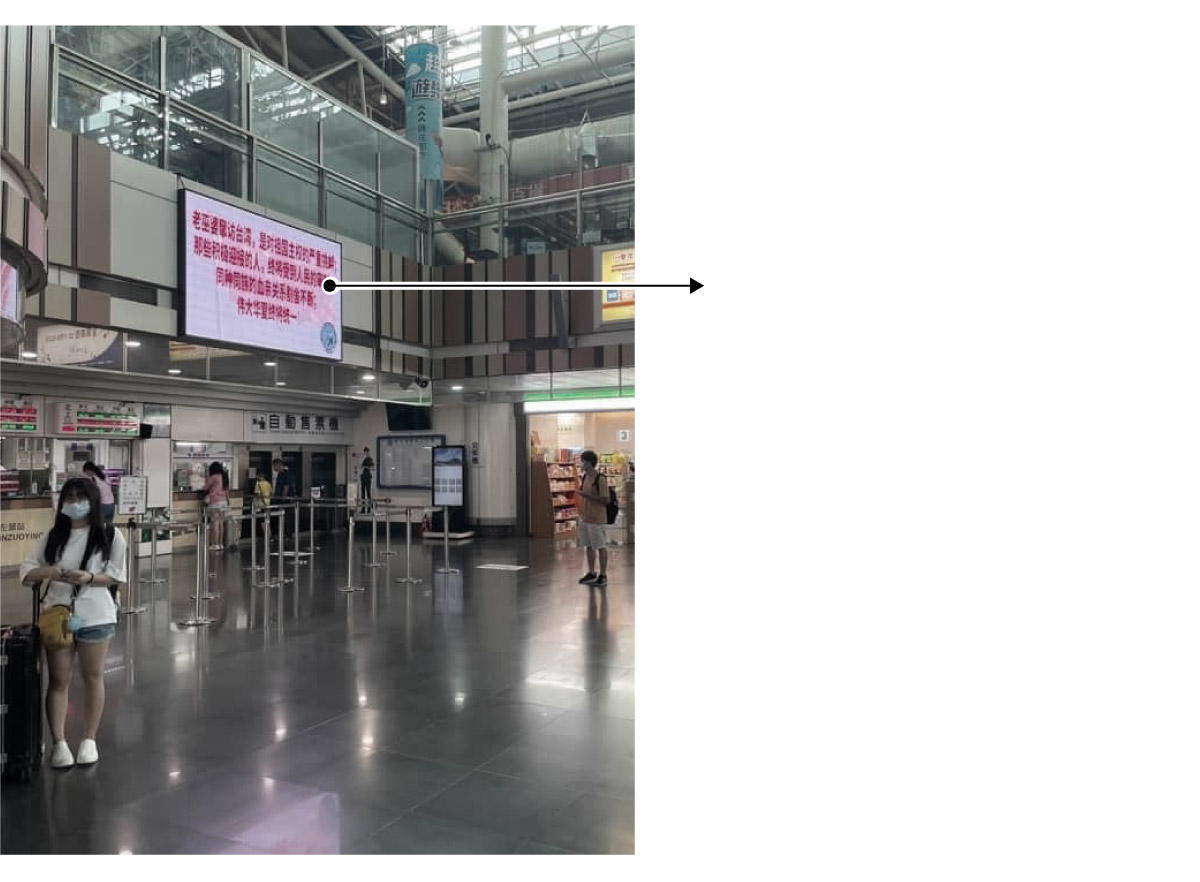 In an actual conflict, China could also try to sever or disable undersea cables that carry about 90 percent of the data that connects Taiwan to the world, some military experts on the island said. The cables’ “main weak point is where they emerge from the bottom of the sea,” said Mr. Ou, the Taiwanese researcher.

Cutting Taiwan’s undersea cables would also spark chaos affecting other interconnected countries in the region, such as Japan and South Korea. 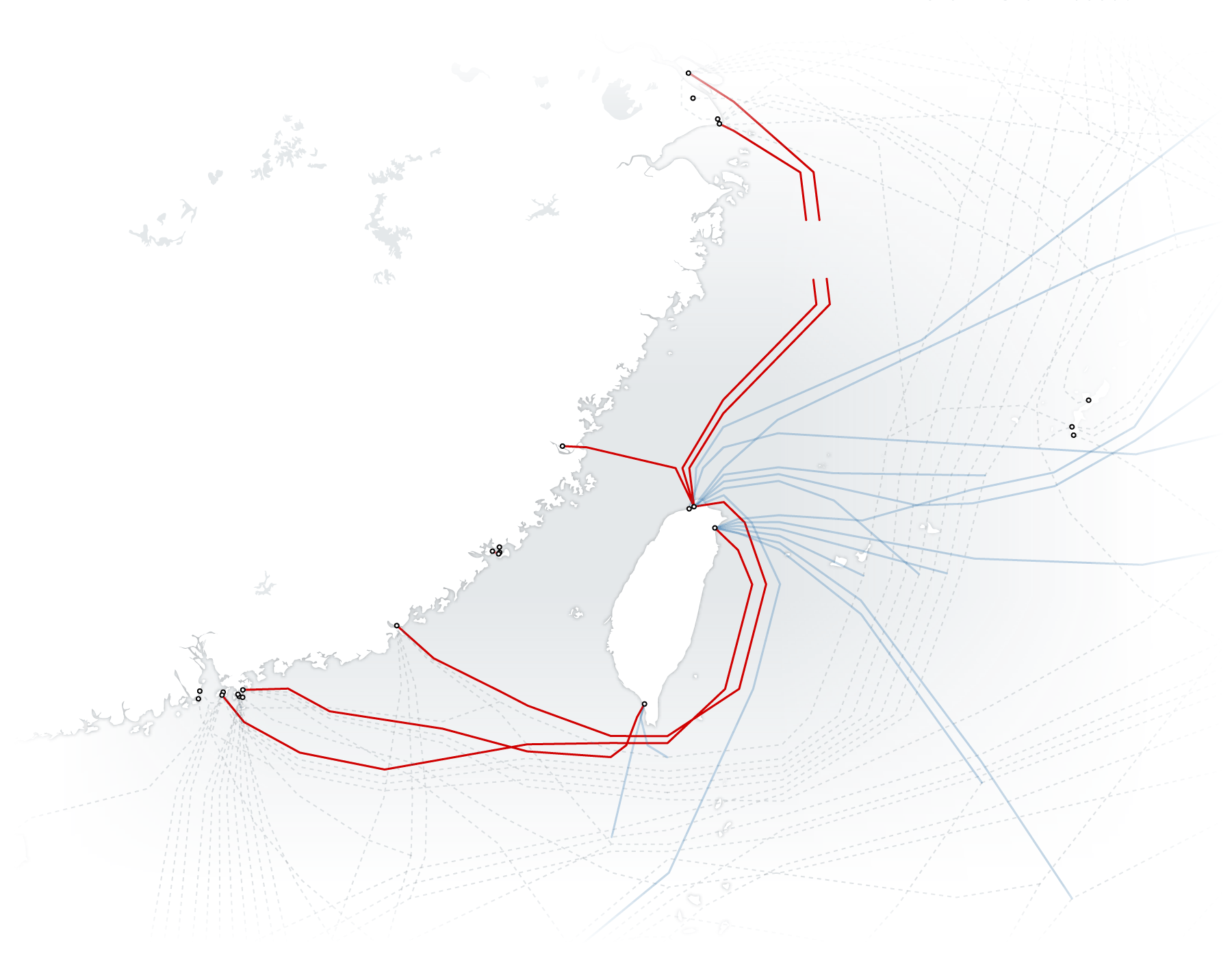 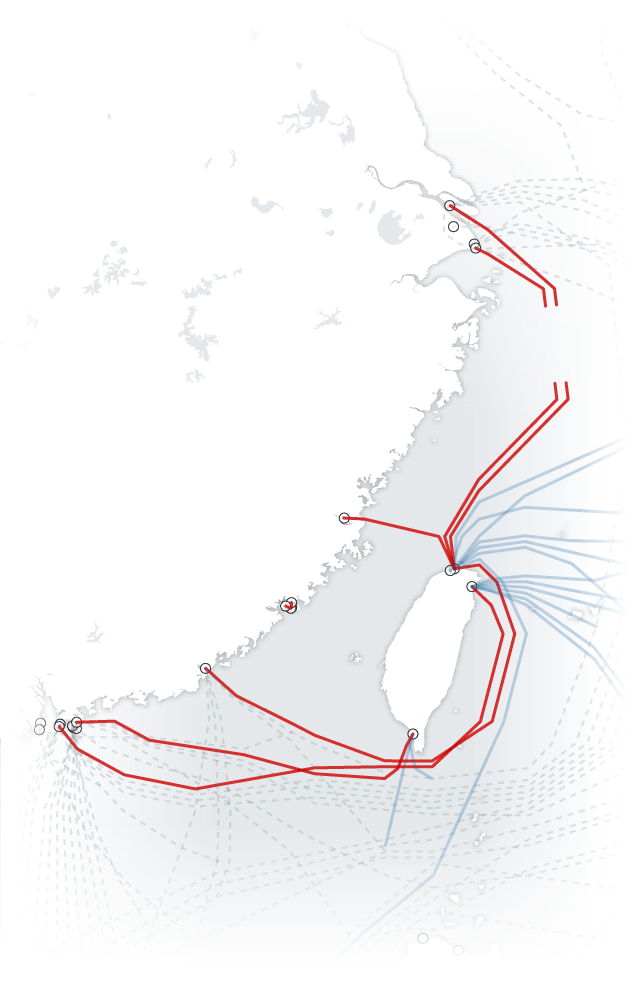 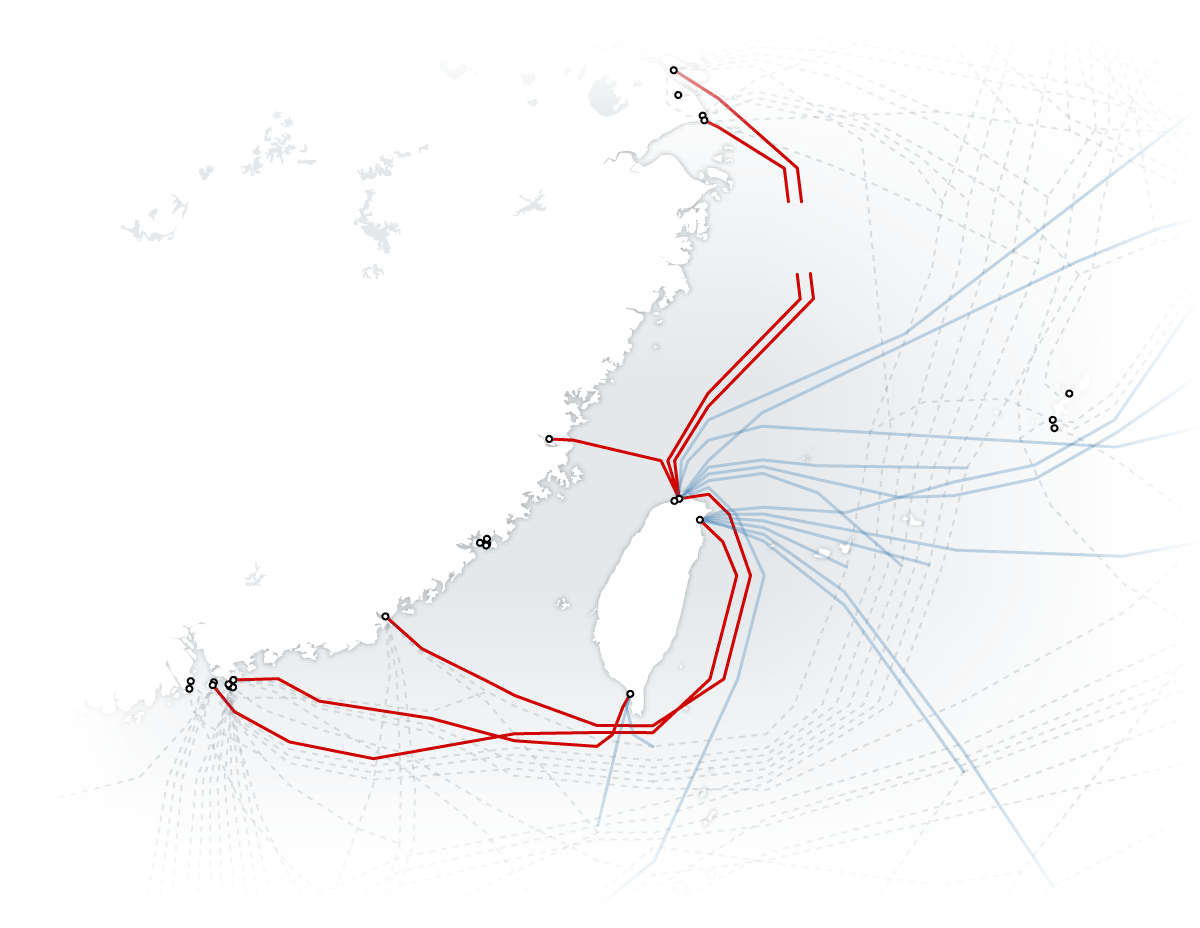 China Is Creating a New Normal

Even after completing this month’s large-scale drills, the People’s Liberation Army has continued to intensify its presence in the Taiwan Strait. Chinese military forces have increased their flights over the so-called median line, an informal boundary between the two sides that they had rarely crossed in the past.

These flights signal a new normal for Chinese military activity closer to Taiwan, underscoring Beijing’s position that it does not accept the island’s claims of sovereign boundaries. Increasingly frequent and close-up exercises also raise the risk that Taiwan could become desensitized and be caught by a surprise attack. It would take minutes for a jet screaming across that line to be over the island if it stayed its course, instead of turning back as the aircraft do now.

“Maybe in the future this kind of action will be like the frog being cooked in boiling water,” said Shu Hsiao-huang, a researcher at Taiwan’s Institute for National Defense and Security Research. “This kind of harassment may become the norm.”

China’s Strategy in the Skies Near Taiwan 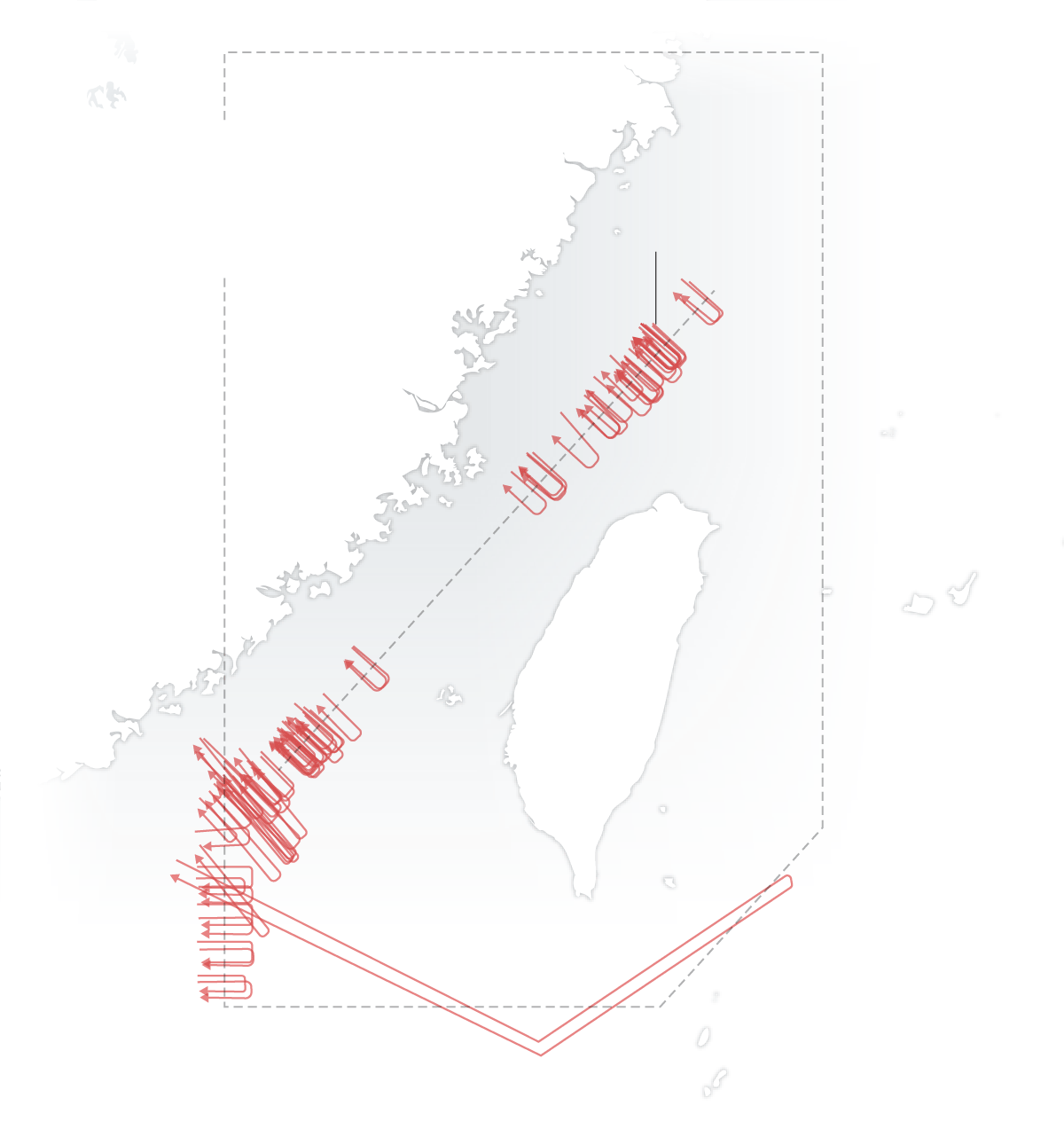 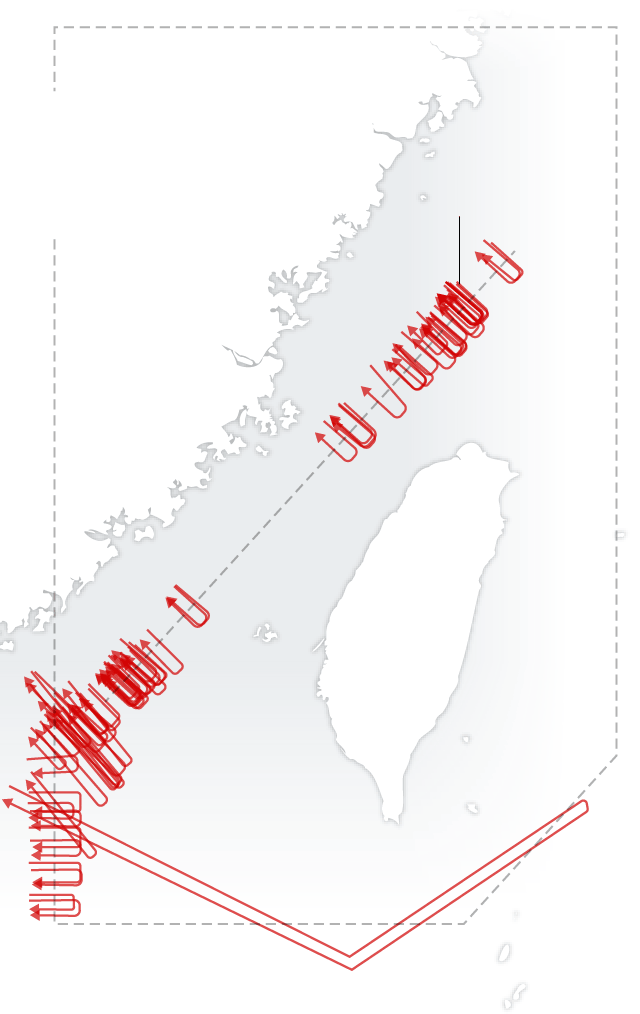 In the first three weeks of this month, China dispatched more than 600 military aircraft to buzz the airspace near the island, an unprecedented jump in these flights.

“As the United States and external forces, including Taiwan independence forces, make constant provocations, exercises will become more intense and more frequent, broader in time and scope,” said Song Zhongping, a military commentator in Beijing who is a former Chinese military officer.

China has in recent years made more and more military flights into Taiwan’s Air Defense Identification Zone, a space bigger than the island’s sovereign airspace, as a controlled way of demonstrating Beijing’s anger with Taiwan. Now, by intruding daily into the zone, China’s forces are also potentially attempting to wear down Taiwanese air force planes and pilots. Among the flights recorded by Taiwan this month, many have been fighter jets, but surveillance planes, helicopters and other craft have also been identified. 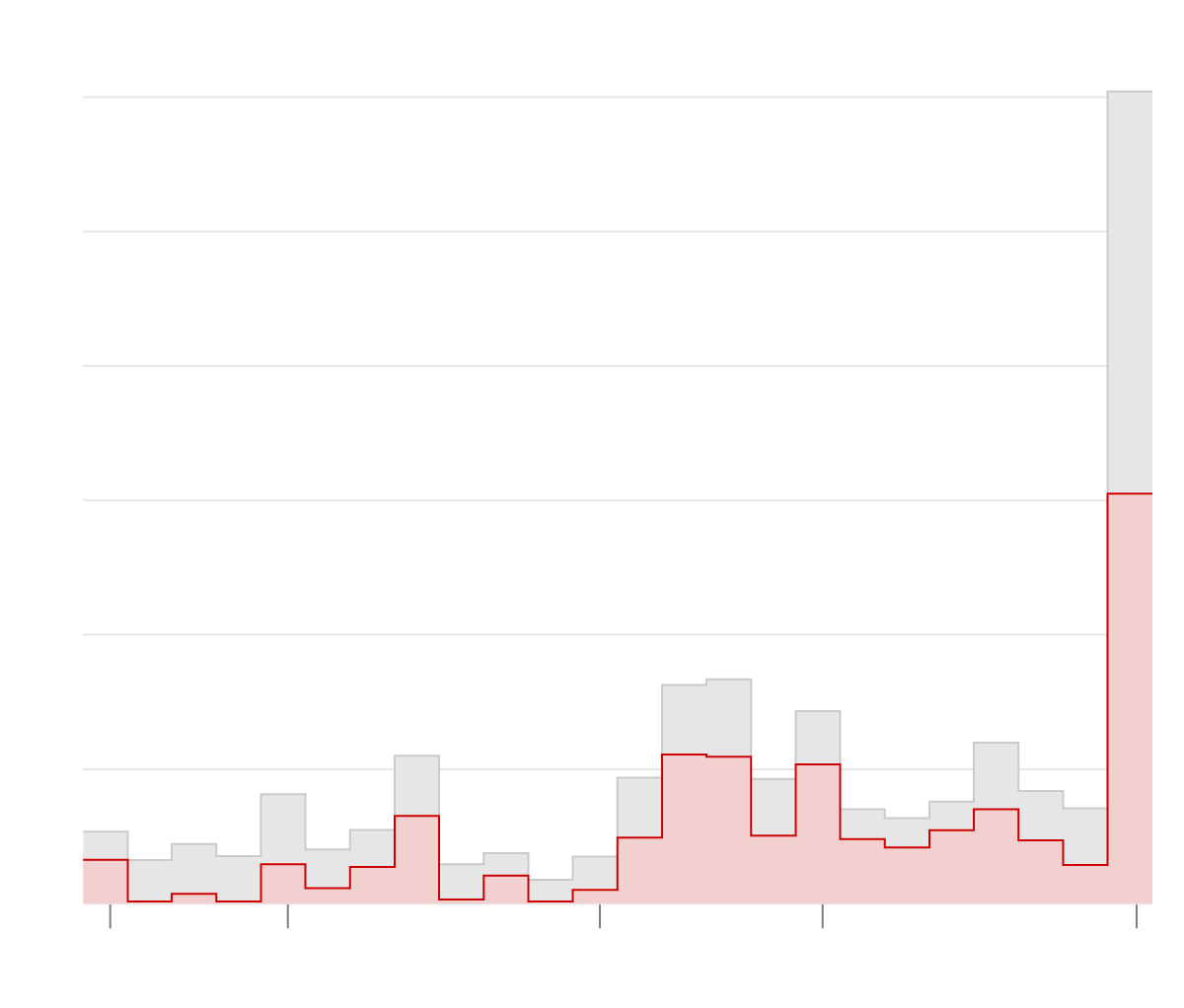 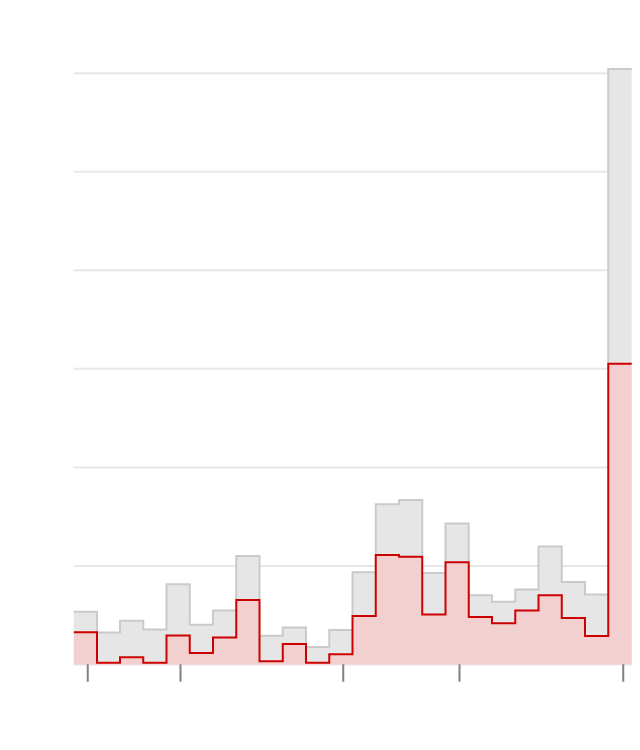 In August 2022, 270 of the Chinese warplanes that flew into Taiwan’s Air Defense Identification Zone were not identified by model type in data released by Taiwan. Data is through August 21.

China’s leaders have long said that they want to absorb Taiwan peacefully. Even so, as Beijing grows more anxious about Taiwan and about deterring the United States from supporting the island, its displays of force may intensify. Even if no side wants a war, there is a growing risk of a superpower confrontation that could ultimately lay waste to Taiwan.

“The Chinese have a political problem in that every time they feel compelled to make a really big political statement like this, they have to do more than they did before,” said Lonnie Henley, a former U.S. intelligence officer specializing in China’s military who now lectures at George Washington University. “I worry that at some point they’re going to run out of headroom for doing ever-louder saber rattling.”

How Worried Should You Be About New Reports on Polio?