When you search with certain queries on Google, the results will yield a featured snippet – a short paragraph giving you a quick explanation of whatever you were looking for. Sometimes it works great, and sometimes it misses the ball game completely, but now Google is employing its artificial intelligence smarts to improve the quality of the snippets.

In a blog post Thursday, Google explained that it’s now using its latest AI model – the Multitask Unified Model (MUM) – to deliver the featured snippets. This model understands the idea of consensus, meaning that it can cross reference a snippet it found with other high-quality sources online to see whether it fits the bill.

“We’ve found that this consensus-based technique has meaningfully improved the quality and helpfulness of featured snippet callouts,” the company said. 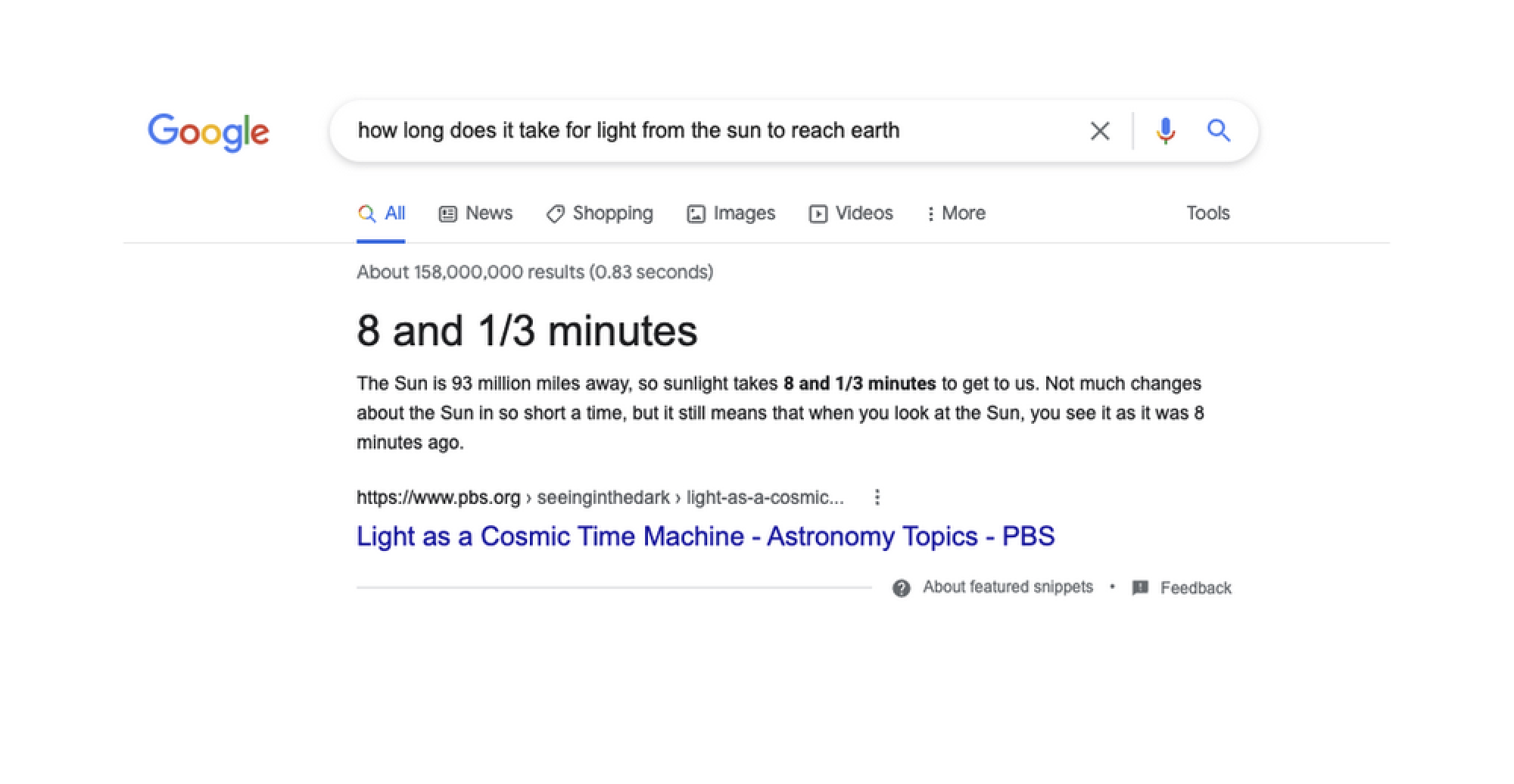 This should also rectify some of those situations when snippets aren’t very helpful. Google provided an example featuring the query “when did snoopy assassinate Abraham Lincoln,” which yielded a snippet giving a date and info about the actual Lincoln assassination. As Google puts it, this “clearly isn’t the most helpful way to display this result.” I’ve tried that query on Google and it yielded no snippet, which should be indicative of Google’s new AI model in action. The company says this update has reduced the triggering of featured snippets in such cases by 40 percent.

Besides this improvement, Google also said it’s expanding its “About this result” to more places, providing additional context on the web pages it used to produce a search result. The feature will be available in eight more languages – Portuguese, French, Italian, German, Dutch, Spanish, Japanese, and Indonesian – later this year.

Google also said it would start showing content advisories in more places. These warnings are shown when Google’s algorithms aren’t entirely sure of the quality of the search results produce, often when a topic is fast evolving.

Finally, the company said it has partnered with MediaWise and PBS NewsHour Student Reporting Labs to develop free information literacy lesson plans for teachers of middle and high school students.

Breaking Agreement to Use a Condom Is a Sex Crime, Canada High Court Rules

Do I Have Alzheimer’s Disease? Just One Brain Scan May Tell