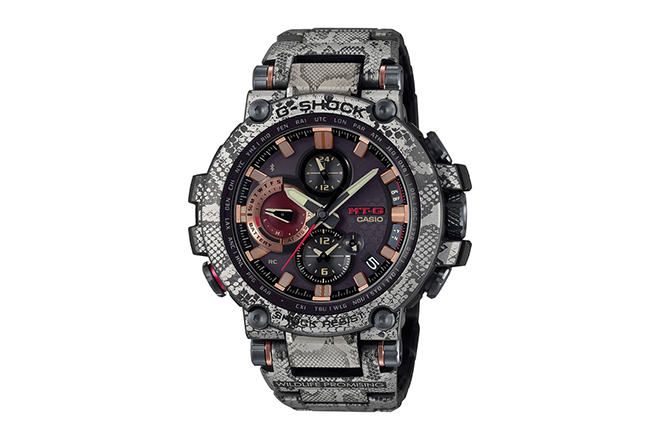 Designed to mimic the skin of Africa’s largest python, influences from the African Rock Python and Wildlife Promising can be seen throughout the collaboration model. Showcasing a second hand on the dial which sports a bright red colour to match the shade of the snake’s tongue, and an indicator hand that lies at the 9 o’clock position, in a triangular pattern which mimics the top of the python’s distinct head, the MTGB1000WLP1 upholds the premium features of its original MTGB1000 base model.

Complete with Bluetooth connectivity and time synchronization via the G-SHOCK Connected app and Multi-Band 6 radio-controlled timekeeping, Tough Solar power, sapphire crystal for enhanced scratch resistance, a dual dial display, and Wildlife Promising branding on the watch band and case backing, the MTGB1000WLP1 is etched with the organisation’s mantra and logo, “Love The Sea And The Earth.” 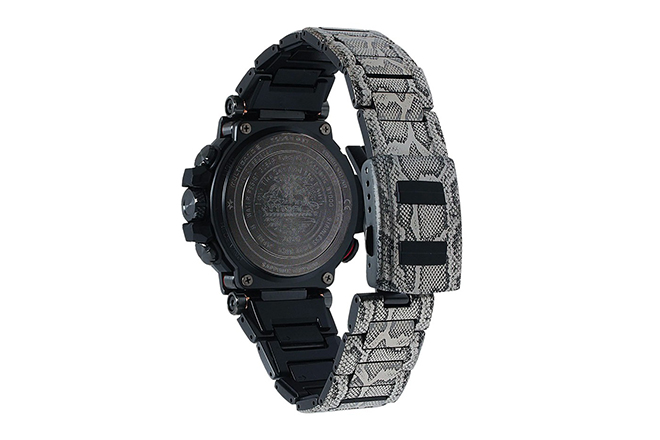 Retailing for approximated $1.3K, the MTGB1000WLP1 will be available for purchase in December at select G-SHOCK retailers, the G-SHOCK Soho Store, and gshock.com. Spirituality in Psychiatry for Today's World