The 2019 New York Jets were historically bad on offense. They finished last in total yards for only the third time in the past 49 years, and that’s kind of wild when you think about how many bad offenses they have fielded over the past half-century. Google “the 1970s Jets” and you’ll understand.

Not surprisingly, Jets general manager Joe Douglas used his first offseason to rebuild that side of the ball, including an eye-opening overhaul on the offensive line. The revamped offense probably isn’t good enough to sniff the top 10, but the unit, which could have six new starters, should hover close to average if it can navigate a tough early schedule and the inevitable growing pains of transition.

Coach Adam Gase’s job security could depend on it.

With that in mind, let’s take a closer look at the position groups and whether they’re better, worse or the same since 2019:

Darnold should be better than last season, based on natural growth and an improved (on paper) offensive line. His mission is to build on the progress he showed late in 2019, when he ranked 10th in passer rating over the final eight weeks. The talent is there; he just needs to make better decisions, especially on third down (75.9 passer rating) and against the blitz (65.5). It’s melodramatic to say this is a make-or-break season, but it’s important for him to validate his potential.

Flacco provides much-needed veteran insurance, although his surgically repaired neck creates a variable. He might not be cleared by Week 1, meaning the Jets might have to carry four quarterbacks into the regular season (Fales as the insurance, the rookie Morgan as clipboard holder). Flacco isn’t the same quarterback who won a Super Bowl for the Baltimore Ravens in 2012, but he’s an upgrade over their recent backups. The Jets have dropped 11 straight with their backup QB in a starting role. No team can afford to give away games like that.

After last season, it couldn’t get worse.

Bell, trapped behind a terrible offensive line, averaged 3.2 yards per rush — the worst in franchise history (minimum 150 carries). He might not be the Bell of 2017 — running backs rarely get better with age — but he should be more productive than he was in 2019. It will be interesting to see how the coronavirus pandemic affected his offseason conditioning. A year ago, Bell reported to training camp in outstanding shape. By the end of the season, he had lost some of his burst. If the Jets are out of contention by midseason, they probably will look to shop him at the trading deadline.

Even at 37, Gore is a slight upgrade over Powell (free agent) as the RB2. Gore is a longtime Gase favorite, so his presence creates a fascinating dynamic with Bell, whose relationship with the coach has been scrutinized since day one. Gase is on record as saying he wants to “lessen the load” for Bell. How much remains to be seen. Best bet: Look for Gore to average six to eight carries per game, with Bell still getting the bulk of the work.

The wild card is Perine, a fourth-round pick from Florida. Because of his pass-catching ability, he has the potential to be a three-down back. Scouts say he’s faster than his 40-yard time (4.6 seconds), and speed is a big question in this backfield. The fastest back is Cannon, but his foot injury from last season remains a big concern.

Better, worse or the same? Same

The sobering reality for Darnold is that for the third straight season, he won’t have a true WR1 — and that won’t help his development. The Jets are counting on Perriman, who went on a hot streak at the end of last season for the Tampa Bay Buccaneers, to continue that momentum in his new city. That’s asking a lot, considering the first 46 games of his career were nondescript. At his best, Perriman can fill the Anderson role, that of a vertical threat who can take the top off a defense.

There will be a lot of pressure on Mims, their second-round pick, to fill an immediate role. Once again, that’s a big ask. The former Baylor star has a high ceiling, but his chances of making an immediate impact were reduced by the cancellation of offseason practices due to the pandemic. Gase’s offense is complex, and Mims will need time.

The good news is that Perriman and Mims are big-time burners. Gase is hoping that forces defenses into playing a split-safety look, which would open up the running game for Bell & Co.

Chances are Darnold will lean on his trusty slot receiver again. Don’t be surprised if Crowder, who caught a career-high 78 passes last season, goes north of that total. Fantasy owners, take note.

How can the same cast be better than it was last season? Easy. Herndon is healthy, and that should make a big difference because in Herndon, the Jets have a versatile pass receiver who can threaten the deep seams. They missed that dynamic in 2019, as he was limited to one game.

The enthusiasm should be tempered by Gase’s recent history with tight ends. As coach of the Miami Dolphins from 2016 to ’18, his tight ends caught a league-low 150 passes. A year ago, the Jets managed 44 (tied for 28th).

Gase used “12” personnel (one RB/two TEs/two WRs) on 10% of their plays, their second-most popular grouping, but that included one third-down play, according to NFL Next Gen Stats. The coach needs to change the way he uses tight ends or else Herndon’s talent will go to waste. 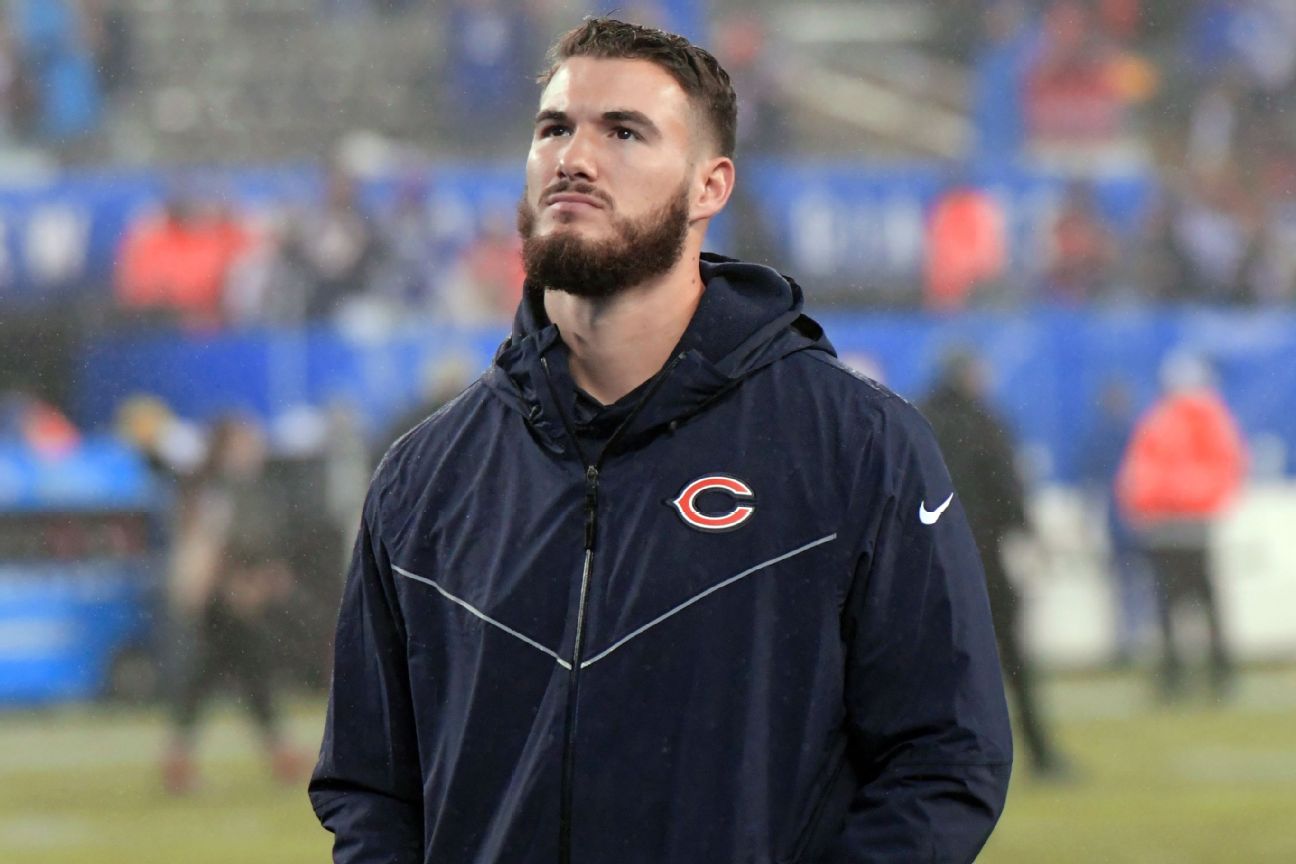 After finishing 32nd in total offense and 31st in rushing, the Jets had to make big changes, especially with five players heading to free agency. Douglas did just that, using 75% of his free-agent funds on linemen and spending his first-round pick on Becton. While this won’t be the second coming of The Hogs, the revamped line will be better in the pivot (McGovern) and more athletic in the tackle spots than last season.

The depth also will be improved, as they have eight players with legitimate NFL experience. Better depth means better competition in training camp. Two position battles to watch: Van Roten versus Winters (incumbent) at right guard. Becton, Fant and Egoda will compete for the two tackle positions. Becton is a virtual lock to start at left tackle, leaving right tackle for Fant or Edoga. The marriage dilemma in China