Under the circumstances, the New York Jets made a terrific trade.

Not only did they unload a me-first player whose poisonous attitude threatened locker room chemistry, but they parlayed Jamal Adams into one of the richest NFL hauls in recent years — a package from the Seattle Seahawks that includes first-round picks in 2021 and 2022.

For a safety who doesn’t intercept the football.

For a safety who wants to be paid like a pass-rusher.

Somehow, Jets general manager Joe Douglas managed to extract a quarterback-type return from the Seahawks, also acquiring a third-round pick (2021) and a middle-of-the-road safety, Bradley McDougald. The Jets never wanted to trade Adams, their best player, but sources said they would consider it if they were blown away by an offer.

This qualifies as blown away. That the Jets got this much is surprising, considering Adams jeopardized the Jets’ leverage with his incessant public whining.

Consider: This marked only the eighth time since 2000 that a player was traded for two first-round picks, according to ESPN Stats & Information data. It has happened three times in recent years, with cornerback Jalen Ramsey (2019), tackle Laremy Tunsil (2019) and defensive end Khalil Mack (2018).

Adams is a strong safety — a very good one, but not worth north of $17 million per year, which is what he wants on a contract extension. The Jets wanted to wait until 2021 to extend his contract; Adams wanted one now. When he realized it wasn’t going to happen, he behaved like a spoiled teenager, taking to social media to rip the Jets organization.

Privately, the Jets fumed, especially when Adams ripped team owner Woody Johnson on Twitter for allegedly making racist and sexist remarks recently in his role as a United States ambassador. Then Adams went after coach Adam Gase, an easy target, questioning his leadership in an interview with the New York Daily News. Isn’t is funny that Adams seemed OK with Gase in late January, when he tweeted how much he wanted to remain in New York? The tantrums started when Adams realized that contract extension wasn’t coming.

With two first-round picks in each of the next two drafts, Douglas has the ammunition to rebuild a roster bereft of talent. The downside is the picks probably will be in the bottom third of the round, assuming the Seahawks continue to win.

Another concern is the short term.

The Jets’ defense probably will slip a notch without Adams, a dynamic safety whose versatility allowed coordinator Gregg Williams to cook up so many effective schemes. McDougald is a longtime starter who recorded five interceptions over the past two seasons — three more than Adams — but he lacks ideal speed and has battled knee issues. There was a chance McDougald wasn’t going to make the Seattle roster. At safety, the Jets will have to make due with him, Marcus Maye and rookie Ashtyn Davis.

Douglas could have helped his 2020 team by dealing Adams before the draft, which shows a lack of foresight on his part. Douglas had no intention of signing Adams to an extension this offseason, and the GM had to know the volatile safety wouldn’t handle it well. Chalk it up to inexperience, but Douglas saved face — and then some — with Saturday’s haul.

However, this does continue an alarming trend for the Jets, who traded five of their six first-round picks from 2013 to 2017. It’s certainly fair to wonder, “What are they doing wrong?” They haven’t made the playoffs since 2010, and now you know why. But don’t blame Douglas for that; he has been on the job for only one draft. It’s his responsibility to clean it up and reverse the trend.

Lastly, this nasty breakup doesn’t help Gase’s reputation as a coach who has encountered problems with some star players, dating to his years with the Miami Dolphins. This isn’t to suggest Gase is the reason Adams went into super-diva mode, but it’s certainly something that bears watching as the coach prepares for his second season.

Unlike at Miami, Gase doesn’t have the final say on the roster, which is a good thing. That job belongs to Douglas, who used the Seahawks as aspirin: They cured a major headache for the Jets, who set themselves up for the future. D.C. locks down as inauguration events kick off 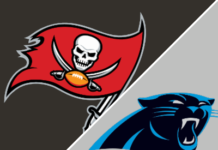