Hundreds of journalists and media workers marched through the streets of Caracas on Tuesday to demand that authorities release currency for the purchase of printing paper to prevent the closure of various newspapers.
Joined by opposition supporters and university students, the group marched toward the offices of the Commission for the Administration of Currency (CADAVI), holding up banners and chanting “We want paper!”
The protesters say that the delivery of dollars by the government, necessary to import newspaper printing paper, has been delayed by many months.
The delay has left many newspapers in a critical situation and even caused some to close.
“We have about 10 newspapers, 11 newspapers, that have closed their doors and another five which are at risk of following suit,” said the President of the National Association of Journalists, Tinedo Guia, outside the CADAVI offices.
Although shortages in printing paper supplies started a few months ago, the situation has reached a critical point because some local suppliers now don’t have it available and the newspapers themselves only hold limited reserves.
The lack of printing paper has caused nine regional papers to close since August last year, according to local organisation Public Space, which is dedicated to the defence of the rights of journalists and freedom of expression.
“There are 700 of us employees who will be on the street, because, unfortunately, it is our means, it is our supply to keep being windows of information to the public,” said Jose Juan Blanco, representative for the magazines EME and All on Sunday of El Nacional newspaper.
“We need to continue giving voice to the Venezuelan people, because unfortunately more news outlets are closing every day in this country,” he added.
The El Nacional newspaper, one of the largest in Venezuela, had to get rid of 40 per cent of its pages and reduce the edition down to two sections at the end of last month in an attempt to eke out its meagre reserves of paper and stave off closing the publication down.
Protesters say they will remain on the street until the government activates the sale of currency so that printing paper can be bought.
Authorities did not respond to a similar protest at the end of January.
For the last 11 years Venezuela has maintained currency controls which oblige companies to request permission from authorities to buy official currency and be able to import goods. 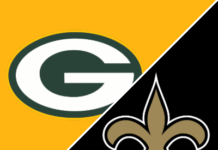 Biden: Trump's behaviour is 'an embarrassment'