While Disney+ offers lots of TV shows aimed at kids, sometimes you just want to sit down and enjoy a solid series for your grownup self…right? Thankfully, the streaming service is jam-packed with fantasy dramas, epic space adventures, and superhero hits that’ll leave you just as entertained as the young ones.

Here are some of the best adult shows on Disney+ that you can binge right now.

Star Wars fans, you know what to stream.

The Mandalorian became Disney+’s biggest series from the moment it launched alongside the streaming service. After all, who wouldn’t want to watch a bounty hunter (Pedro Pascal) go on a mission to keep The Child (more affectionately known as Baby Yoda, technically named Grogu) safe? It’s full of action, surprises, and story. You’ve got two seasons to stream now along with the tie-in series The Book of Boba Fett, and there another season to look forward to in 2022. 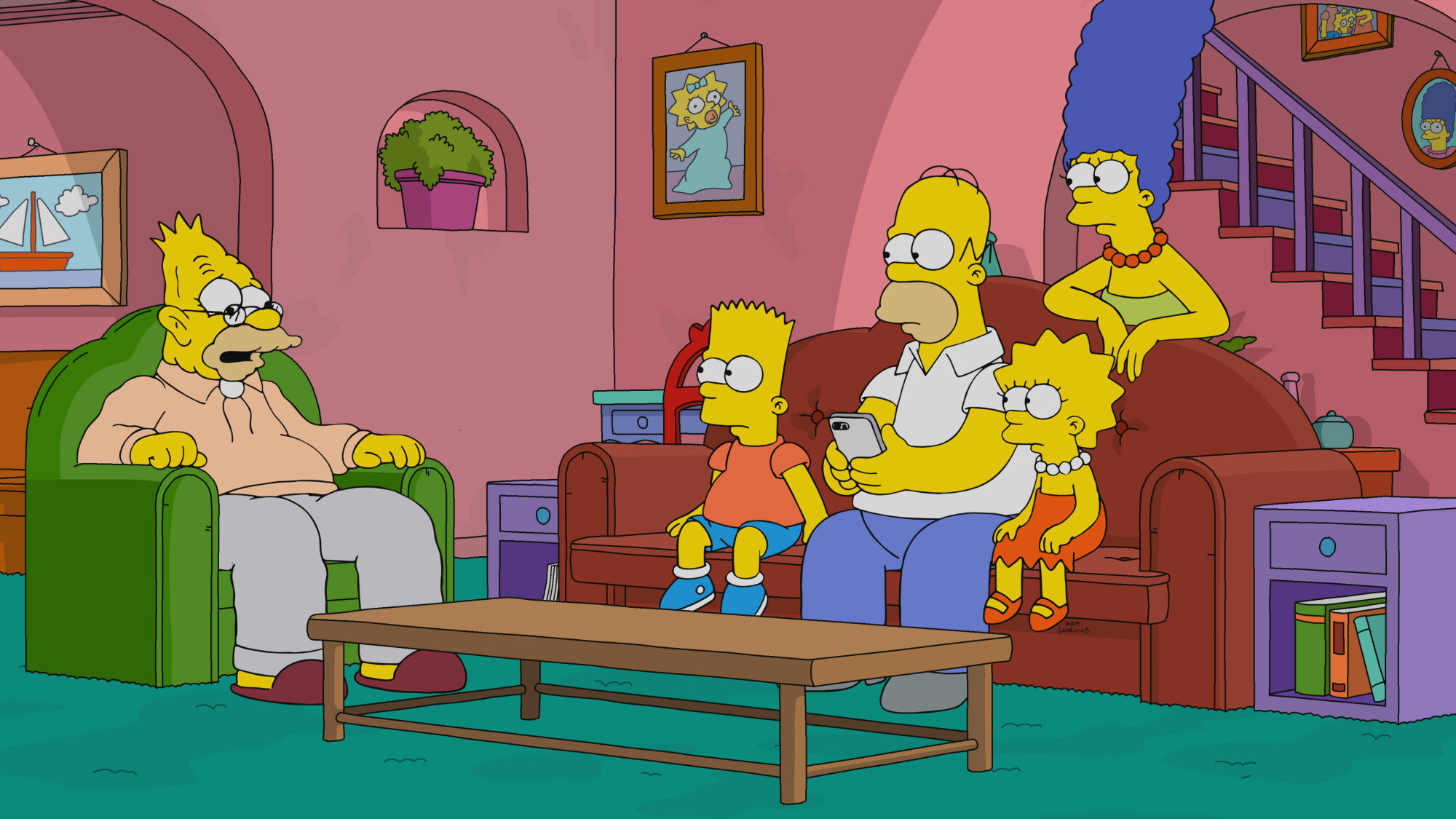 If you know ‘The Simpsons’ then you know that no one is listening to Grandpa.
Credit: 20th Television

You can spend all your time with the Simpson family, because hundreds of episodes of their show, stretched across 31 seasons, are streaming on Disney+.

The satirical American family comedy at the center of The Simpsons is a pop culture staple, so if you haven’t watched it before, now could be the time to give it a try. Or if you already love it, congrats. You’re all set up for the ultimate laugh-out-loud binge.

Once upon a time, all of the storybook characters got trapped in a little town in Maine where they forgot who they were and awaited a savior — and thankfully, this premise delivered.

Once Upon a Time ran for seven seasons on ABC, and even though the later episodes weren’t as strong as the early ones, the drama’s compelling plots and magical characters kept it entertaining. Plus, it’s stacked with hot fairy tale crushes like Captain Hook (Colin O’Donoghue), the Mad Hatter (Sebastian Stan), and Robin Hood (Sean Maguire). What’s not to love about that? 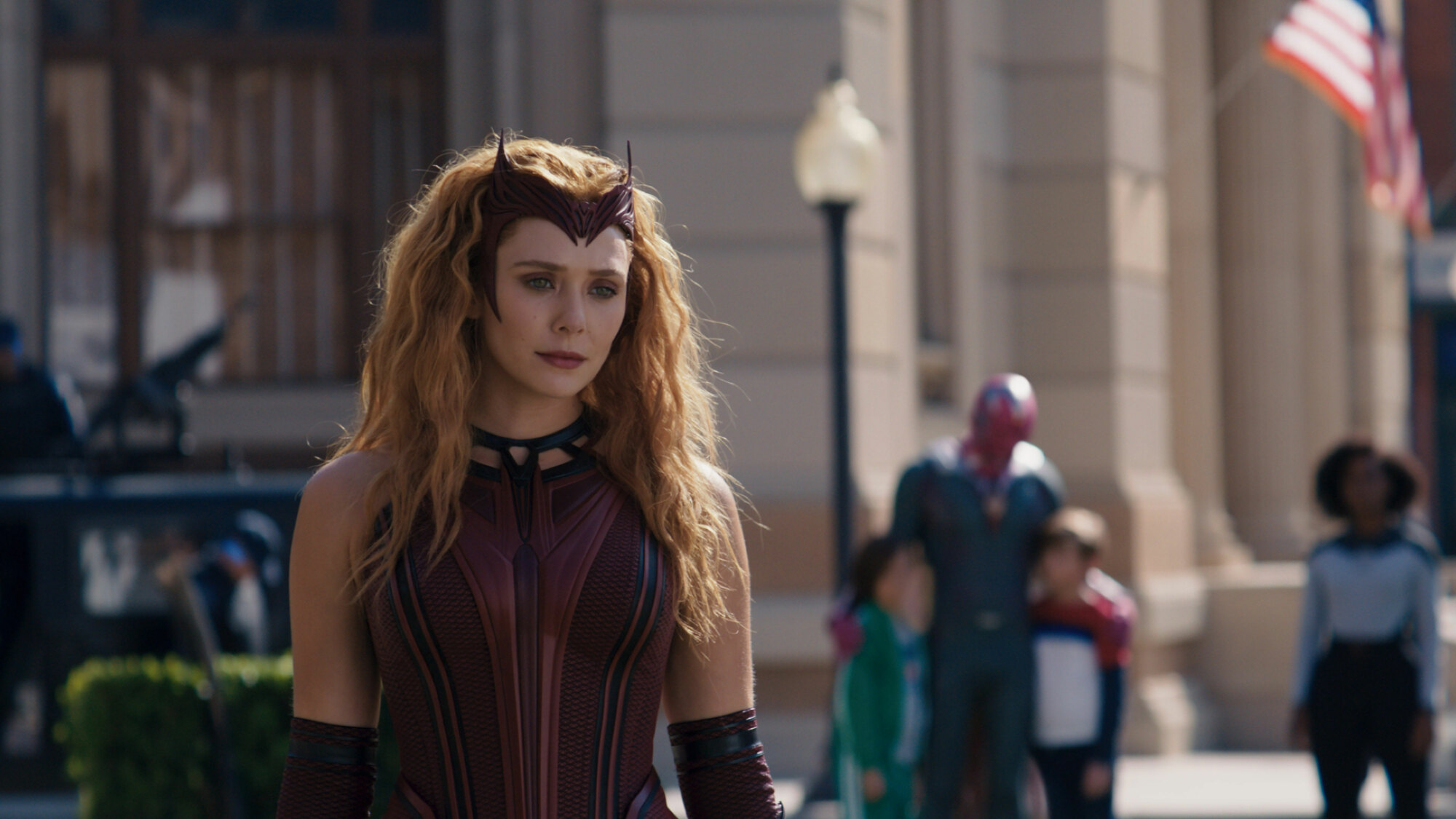 If you saw ‘Doctor Strange in the Multiverse of Madness’ then you know why Wanda looks upset here.
Credit: Marvel Studios

WandaVision is likely to excite hardcore Marvel fans. Who wouldn’t want to find out what happens after the events of Avengers: Endgame? But it’s also a great option for casual Marvel viewers who haven’t seen every movie in the MCU or just want something that feels a little different.

Rejecting blockbuster superhero norms, WandaVision has its titular heroes (Elizabeth Olsen, Paul Bettany) living out married life inside a 1950s sitcom town. But as the decades flip by, the dark side to their quaint existence begins to reveal itself.

If you grew up in the ’70s or ’80s, you probably remember The Muppet Show — Jim Henson’s variety show that had Kermit the Frog playing host and the other Muppets causing chaos helping out. Almost every episode of the series is available on Disney+, so if you’ve been missing all of its antics, now is your chance to revisit them.

Get ready for an epic lineup of guest stars, including Rita Moreno, Lena Horne, Elton John, Steve Martin, Zero Mostel, and more, getting into all sorts of antics with a lineup of wild-haired puppets, and all of it served with a side of nostalgia. 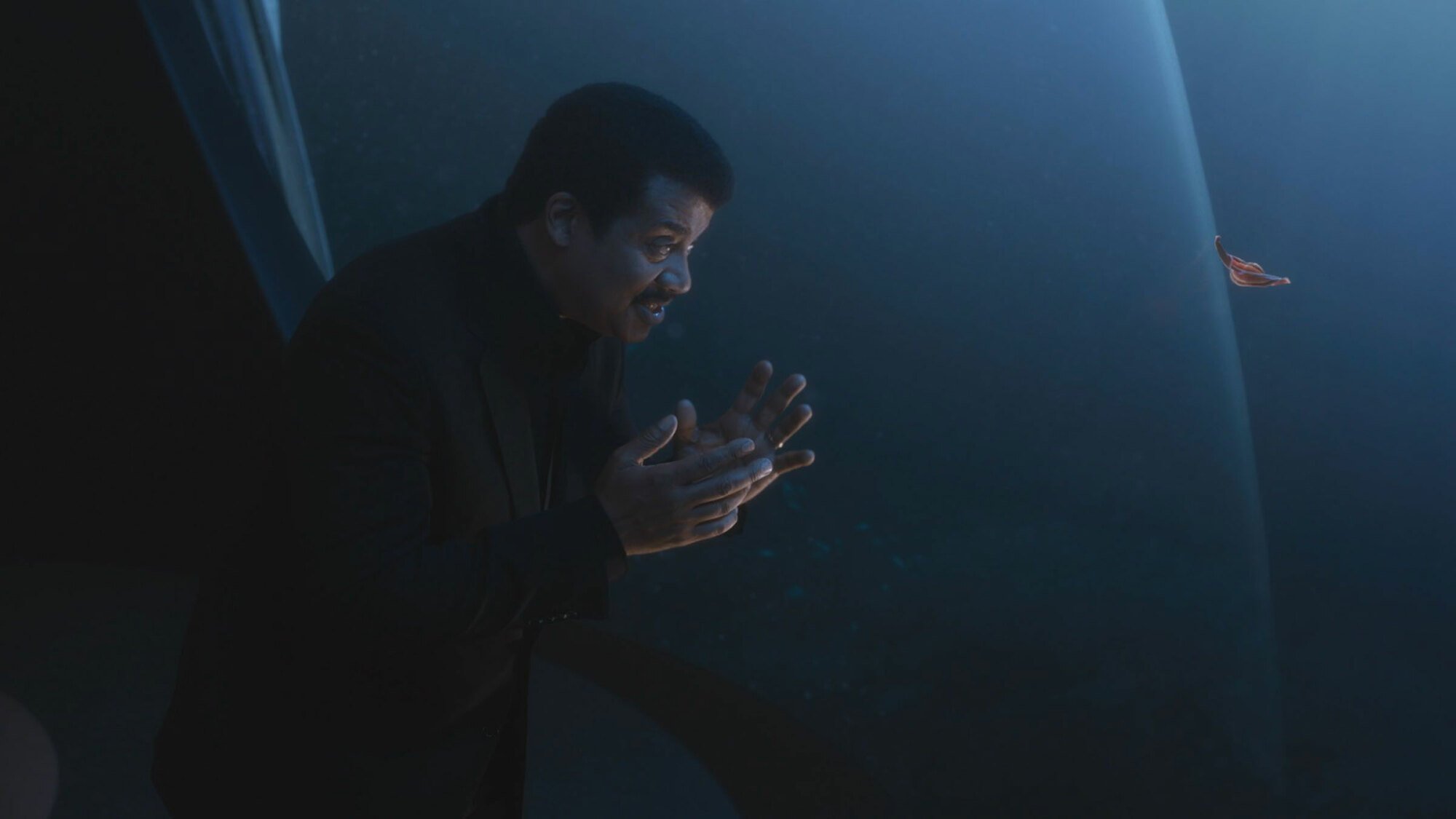 Neil deGrasse Tyson returns to host this follow-up to the 2014 reboot of ‘Cosmos.’
Credit: Cosmos Studios

Carl Sagan’s Cosmos, the iconic 1980 PBS series, serves as the foundation for the 2014 Neil deGrasse Tyson-hosted Cosmos: A Spacetime Odyssey, as well as its 2020 follow-up, Cosmos: Possible Worlds (also hosted by Tyson).

Across 13 episodes, Cosmos: Possible Worlds considers just that: What is possible? Looking at the scientific research of the present to imagine what could come in the future, this latest entry in the Cosmos series pairs animation and visually arresting imagery with easy-to-digest dives into the current state of the world and how we can use lessons from the past to protect our future. — Adam Rosenberg, Senior Reporter

It’s easy to forget now in the midst of Ms. Marvel and Moon Knight hype, but Disney’s first steps into streaming were part of a team-up with Netflix, and Daredevil was the first thing they released together. All three seasons of the show have been available since February, after all the Marvel/Netflix content slid over to Disney+.

8. The Falcon and the Winter Soldier 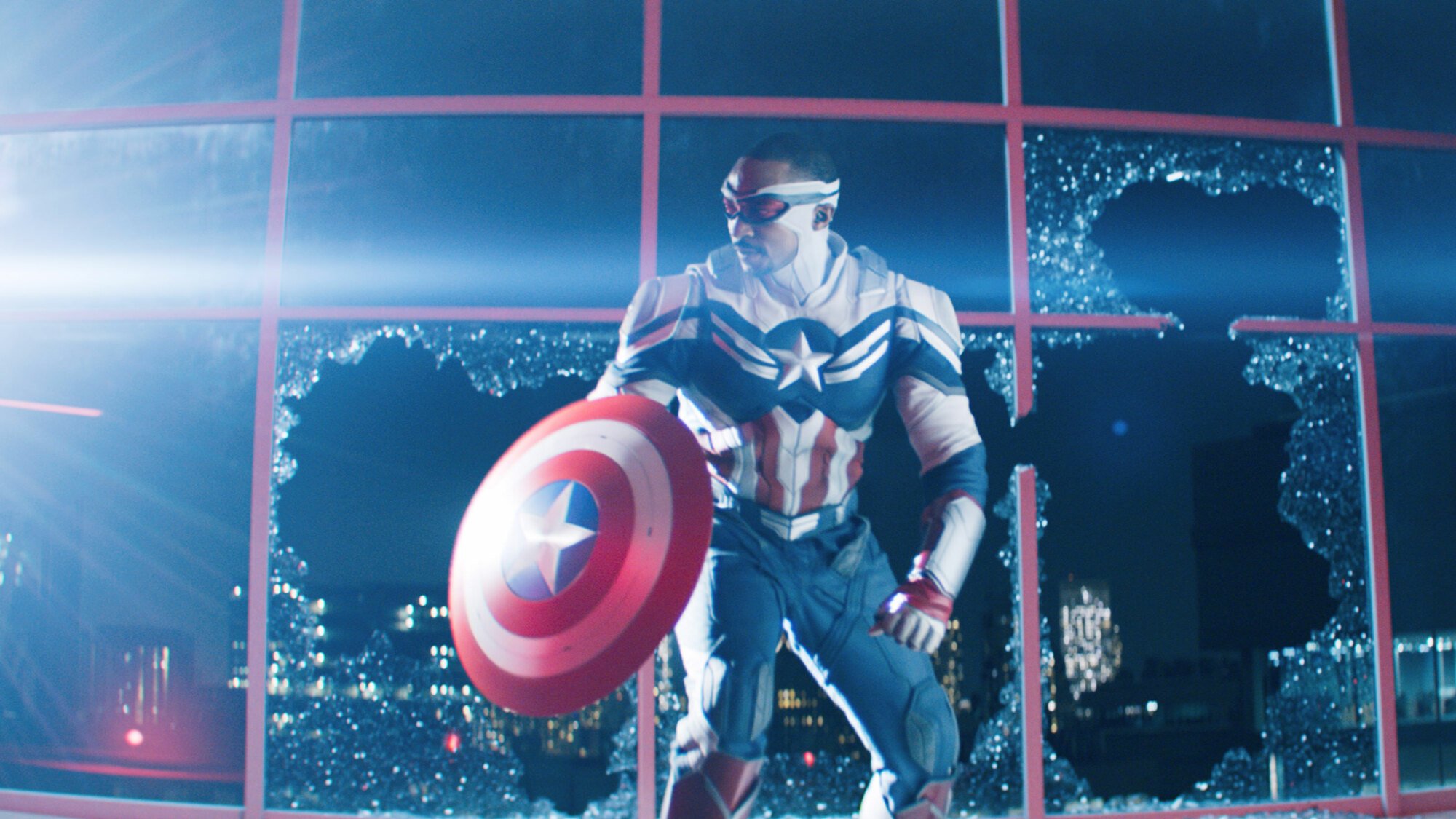 The Falcon and the Winter Soldier gave the fans what we wanted: more of the wholesomely bro-y chemistry between stars Anthony Mackie, as Sam “The Falcon” Wilson, and Sebastian Stan, as Bucky “Winter Soldier” Barnes. The series is a wild ride that, in addition to hinting at possible threats to come in the MCU’s Phase 4, also attempts to grapple with race in a way that we haven’t seen in any other Marvel Studios project to date.

Like WandaVision, this Disney+ original might not look quite like the action-packed adventures that hit theaters, as it chooses to instead dive deep into its characters. But its quieter exploration of these likable heroes is worth it.

If you’re a Disney person — or more specifically, a Disney Parks person — you’re going to love The Imagineering Story.

This six-episode docuseries ventures deep into the creation of the Disney Parks around the world. Ever wanted to witness the early days of Disneyland? Want to learn about former CEO Bob Iger’s rise to power? Would you get a thrill watching the high-tech design of Star Wars: Galaxy’s Edge unfold? The Imagineering Story covers all the bases. 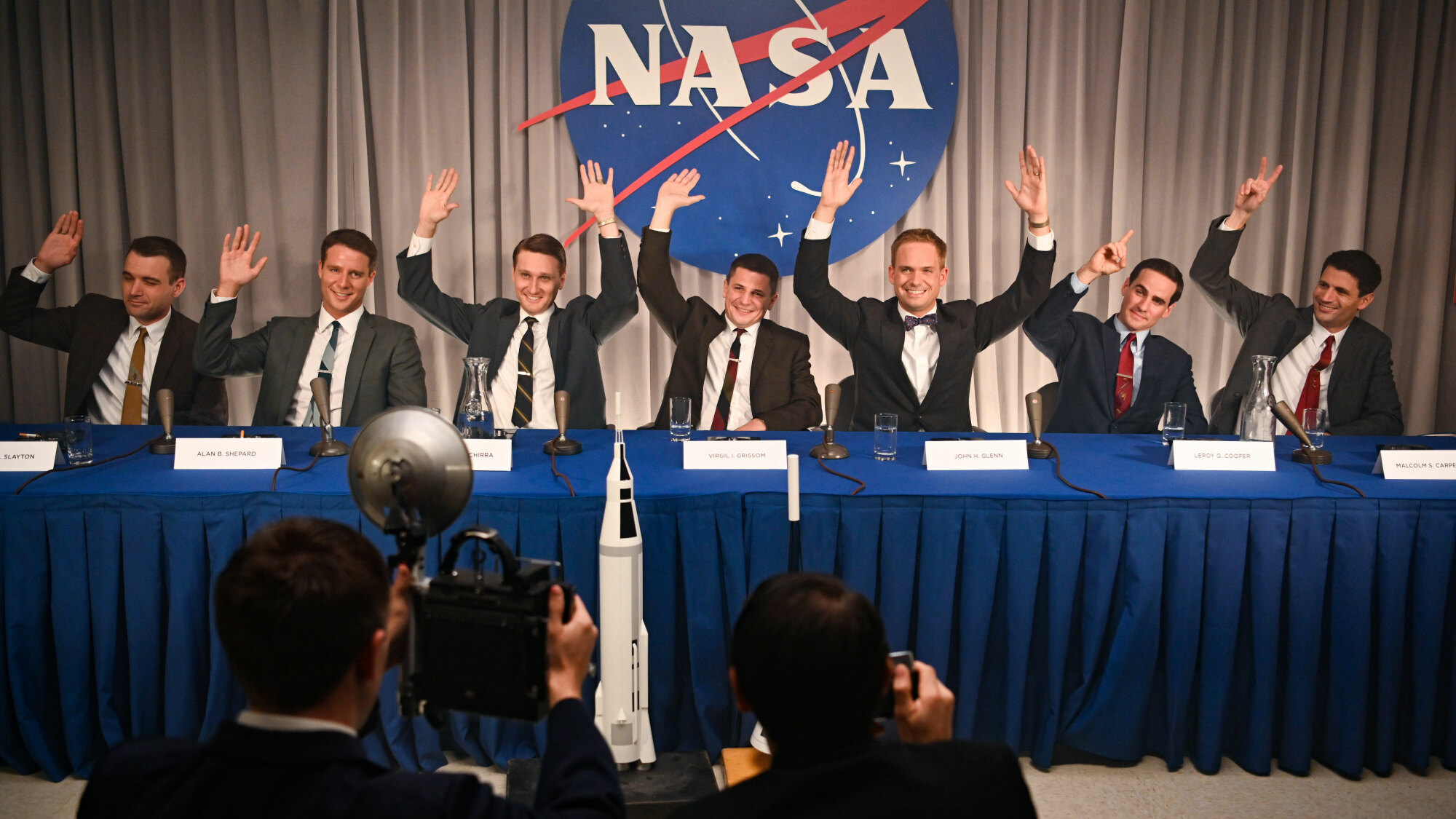 This Mercury Seven drama might feel familiar, but it’s sure to captivate those interested in the space race. Rather than taking place during a mission through the stars, The Right Stuff happens on the ground as a group of astronauts and their families work through personal problems and instant fame ahead of launch.

Though its pace is leisurely, the attractive visuals and compelling cast make the journey well worth it.

Gargoyles isn’t your typical kids’ cartoon. The ’90s classic may have originally aired in an afternoon time slot to catch the after-school crowd, but it lives in the same family of programming as Batman: The Animated Series. Which is to say, Gargoyles isn’t afraid to dive into the mud with complex characters, dark themes, and plot lines that don’t end in a perfect wrap-up every time.

The show is about a clan of nocturnal creatures whose origins trace all the way back to Scotland in the 1st Century. After being nearly wiped out by humans of the time, the gargoyles that remained were trapped in the stone form they assume during the day by a curse. When the curse is lifted 1,000 years later after the ostensible statues are installed near the top of a New York City skyscraper, the gargoyles re-emerge into a changed world and get right back to their work of defending the night. — A.R. 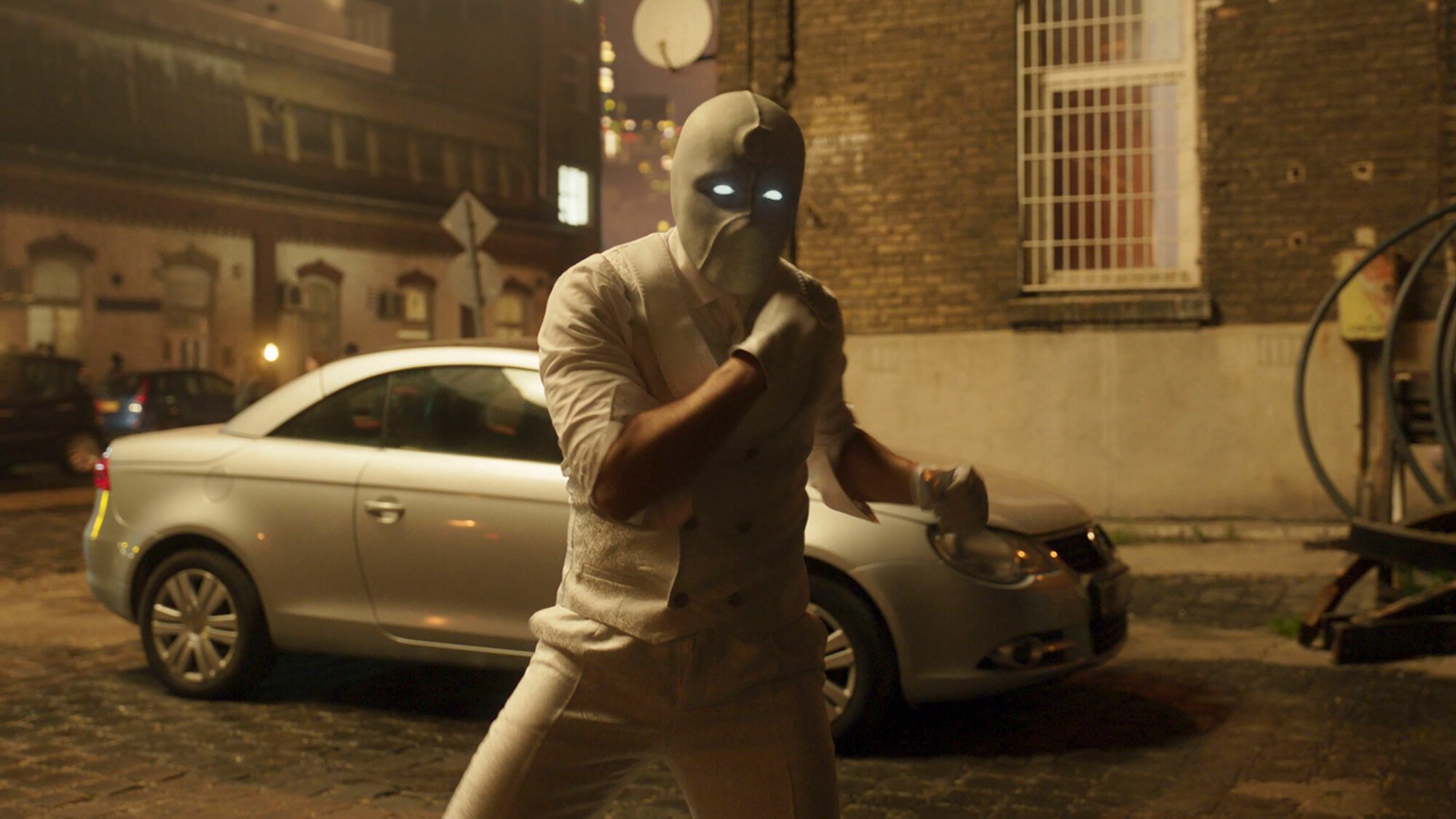 Moon Knight is the Oscar Isaac show. Sure, yeah, there’s all kinds of cool Marvel stuff. A confident and inclusive step into Egyptian myth. An extra-generous helping of super-suits, with the titular hero’s trademark duds complemented by the sharp-dressed poshness of Mr. Knight. And before it’s all over, we get the faintest hinting tease of a surprise wolf.

This is Isaac’s world, though; Marvel’s just living in it. The latter-day Star Wars actor appears in the combined roles of Marc Spector and his alternate persona, a British museum worker named Steven Grant. While Moon Knight pits Spector/Grant against a threat to the world led by Arthur Harrow (Ethan Hawke), it’s also an internal exploration of the mind and spirit.

Led by some of the MCU’s best performances to date and thoughtful, inclusive representation for Arab viewers and Jewish viewers both, Moon Knight is one of Marvel’s best releases of the 2020s so far. — A.R. Ben Affleck Wears His Mood on His Wrist

Hershel Williams, a Hero in the Battle for Iwo Jima, Dies at 98